New York rapper Azealia Banks is in the middle of another unbelievable story. The controversial rap artist shocked and horrified the Internet when she posted a video of herself digging up her dead cat and boiling it in an attempt to bring the pet back to life.

Azealia Banks’ Cat Video Has Everyone Grossed Out

Banks went on Instagram Story and dug up the carcass of her deceased cat, Lucifer, then (according to her) tried to revive the animal by boiling its body. She later shared a pic on IG of the cat’s skull, and nobody knew how to react. 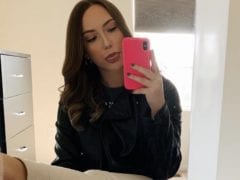 LOOKHailie Jade: Eminem’s Daughter Warms Up In These 5 Flannel Slays

Earlier this year, Azealia Banks alarmed fans when she talked about ending her life. She later addressed the incident and how much her environment was having a negative impact.

“My mind is so screwed up out here. 😞. California is genuinely becoming one of the scariest most dystopian places in America. This is not the fun place I’d camp out to find music and inspiration anymore. So many triggering things happening here and the LAPD is one of the most terrifying police forces in the nation. It is really scary to be living out here in Los Angeles right now 🙁 . Just deep anxiety, constant nightmares, robberies, shootings, isolation, stalkers, inability to travel. It’s really really hard to keep hold of any sort of emotional stability right now. Like what is actually happening here?” -Azealia Banks’ Instagram 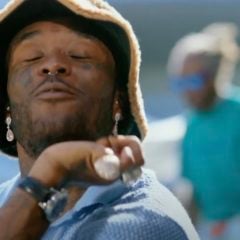 Recently, Banks went to her Instagram Story with an alarming message. She said she might end her time here on earth soon.

“Yea, I think I’m done here. This pandemic, extreme lack of social interaction, no intimacy, combined with constant public ridicule is making life harder than its worth. I think I will end my tenure here on earth soon. My soul is tired. I’m ready to go. I’m not begging for attention or asking for sympathy/empathy…… I’m just ready to go. Peacefully of course. I will document my last times and release a film for you all to finally understand me, from my perspective.” -Azealia Banks’ Instagram Story

“The same grace y’all give to Kanye … Extend that same grace to Azealia, too.” (Twitter)