Sometimes you have to shut down the rumor mill before it gets out of hand. West Coast singer/rapper DaniLeigh began hearing chatter about about her and Chicago rapper Lil Durk, which she ethered ASAP.

After a video of Dani showing Durk some dance moves popped up on IG, fans immediately went in with rumors that the pair had something going on. Dani, who recently broke up with Da Baby, jumped to Durk’s defense: “Y’all do me a favor and chill tf out !!” she wrote. “Ain’t no boundaries crossed / or anything like that at all happened , he mad respectful and shows off his relationship every sec he has so stop with the bs tryna start sh*t.”

Durk Is Madly In Love With India Royale

Anyone who follows Durkio should know he’s head over heels for his girlfriend, model India Royale. He recently posted another couples pic of them where he thanked India for being his motivation. 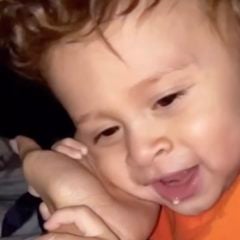 Dani wasn’t happy when the self-proclaimed King of New York, Tekashi 6ix9ine, touched down in her town over the summer. The popular crooner came forward and didn’t censor herself.

WATCHKanye West Thanks God For His Music Greatness

Not to be confused with Tekashi, Durkio isn’t looking to help out law enforcement. He recently went on Instagram to let the world know he doesn’t believe in snitching.