New York rapper Lil Tjay is keeping the attention on his Destined 2 Win project. The hip-hop star has come through with his new “Love Hurts” music video premiere. 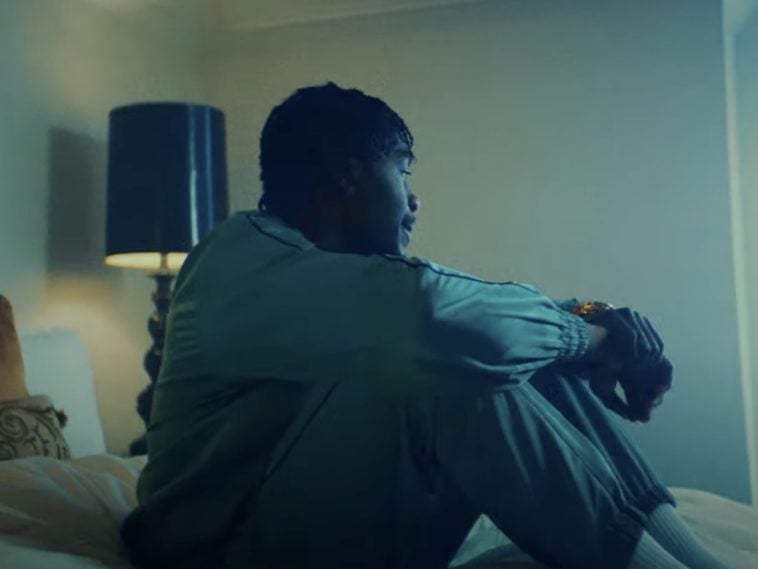 After some initial teasing, Tjay dropped his new must-see visual. The clip shows LT going through the pain of losing a loved one with guest feature Toosii.

This week, rap star Fabolous hit up his Instagram page to share a slideshow of fresh modeling flexes alongside Tjay. The pics feature both Loso and Tjay showing off their Big Apple fashion goals with one shot including Brooklyn’s Fivio Foreign.

This past weekend, LT came through clutch with his unexpected “Oh Well” video. The music video features Tjay turning up both at a gas station and inside the location’s store while surrounding himself with a bunch of luxury cars.

Earlier in the year, the 19-year-old rap star found himself briefly behind bars. While details were still coming together, charges included criminal possession of a weapon, grand larceny and having cannabis on him.

We’re told Lil Tjay was in a vehicle with 4 others when cops pulled them over for switching lanes without signaling. Our sources say the officer smelled weed in the car, which resulted in a search and the discovery of 4 loaded handguns and a large amount of marijuana. We’re told neither the rapper nor anyone in the vehicle took ownership of the firearms or the weed, so they were all hit with possession charges. It’s unclear why they’re also facing the grand larceny charge. (TMZ)