Atlanta rapper and reality TV star Yung Joc isn’t staying silent. The hip-hop artist tried to explain his role in the social media spat he had with model Ari Fletcher and her Memphis rapper boyfriend Moneybagg Yo.

After getting called out, Joc went back to Instagram to respond. He pointed out, among other things, that he didn’t create the meme in question.

“Respectfully, I’mma say this. You know, the post that I made today — I didn’t create that post. That’s been circulating. It’s just when it came to my timeline and really stopped me ’cause it was like, damn. On one end, it really happens,” he said before explaining why he used a picture of Fizz and Omarion. “I’m not aimin’ to disrespect anyone in the imagery. It was just the imagery that caught my eye, you know what I’m sayin’? On one end, you know with Fizz and O. I mean, we know they have a personal friendship. On one end, that’s like whoa but to each their own. … I don’t know how well [G Herbo and Moneybagg Yo] had a relationship but the depiction of the imagery, it was amazing how it made me assume the same type of situation that’s goin’ on on top of it. I didn’t make the post, you know what I’m sayin’? I just saw it.”

Earlier this week, Joc randomly posted on Instagram a photo of Moneybagg Yo and Ari Fletcher next to a photo of Bagg and Chicago rapper G Herbo, who is Ari’s ex. Those pics were included with pics of Joc’s “Love & Hip-Hop” co-stars Apryl Jones and Lil’ Fizz, who coupled up after Jones’ relationship with Fizz’s B2K bandmate Omarion. Joc added the caption “Just remember ppl want what you have … even ya own ppl.” Ari and Moneybagg called out Yung Joc for the post. Unlike Fizz and Omarion, the rappers Bagg and Herbo were never really friends. Fletcher addressed Joc by telling him to “Stay out of rich folks business.”

Fletcher recently went to her Instagram page and didn’t hold back on gushing over Yo. She shared just how much Moneybagg has fueled her and provided non-stop motivation.

“Thank you for loving me, correcting me when I’m wrong, never letting me quit when I wanna give up, being a man of your word, making me a priority when I know you got a million things on your plate, always being protective and making sure I’m okay. I see how hard you work everyday and how much you do for everybody else. You a king, you deserve it all gang. ❤️” -Ari Fletcher’s Instagram 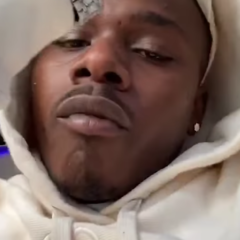 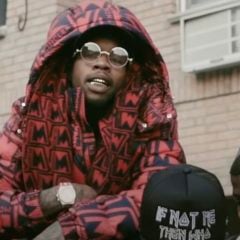 The curvy model went to her Instagram Story to share glimpses of how she held Yo down with massages, fancy dining, birthday cakes and tons of friends pulling through for his 29th born day. Fletcher took things even further by declaring her love for Moneybagg.