Kyrie Irving is the latest celebrity to be in the hot seat for not getting the Covid-19 vaccine. Critics of Kyrie include Stephen A. Smith and Magic Johnson but Chris Brown is all-in with the Brooklyn Nets point guard. 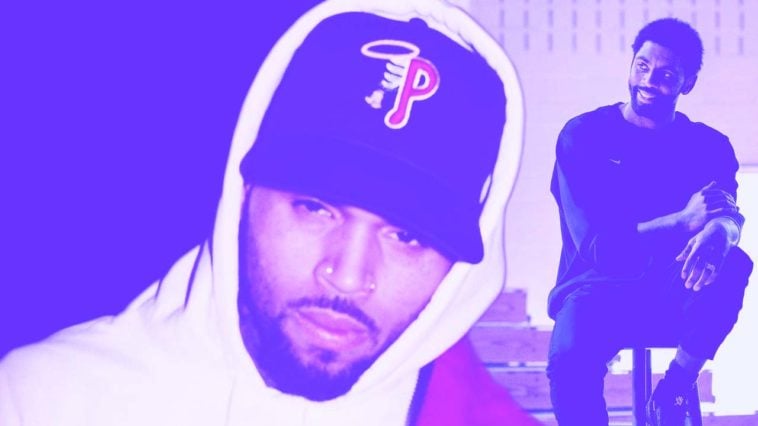 Chris Brown Is Here For Kyrie Standing His Ground

The Brooklyn Nets have suspended Kyrie Irving from the team for not following the vaccine mandate until he shows proof of vaccination.

Shortly after the announcement, Chris Brown took to his Instagram Story to post a picture of Kyrie and express his opinion on the matter.

“The real hero! I stand with my brother.” Brown wrote.

Last month, the New York City vaccine mandate went into effect for anyone wishing to attend or play in events at Barclays Center or Madison Square Garden. Kyrie not being vaccinated limits him to only being able to play away games. Missing those games would drop Irving to only being available for 43 regular-season games.

Kyrie has seen his share of Covid-19 drama.  Earlier this year Kyrie was under investigation for being seen in a video with Drake while quarantine regulations were still in place.

The NBA All-Star was taking a personal time out from the Brooklyn Nets and was snapped hitting the club in Toronto and partying with rap superstar Drake. A leaked video of Kyrie allegedly kicking it with the 6 God resulted in a league investigation.