West Coast rapper Game is living up to his name. The hip-hop star is putting the studio sessions on pause this weekend and clocking time into the newly released NBA 2K22. 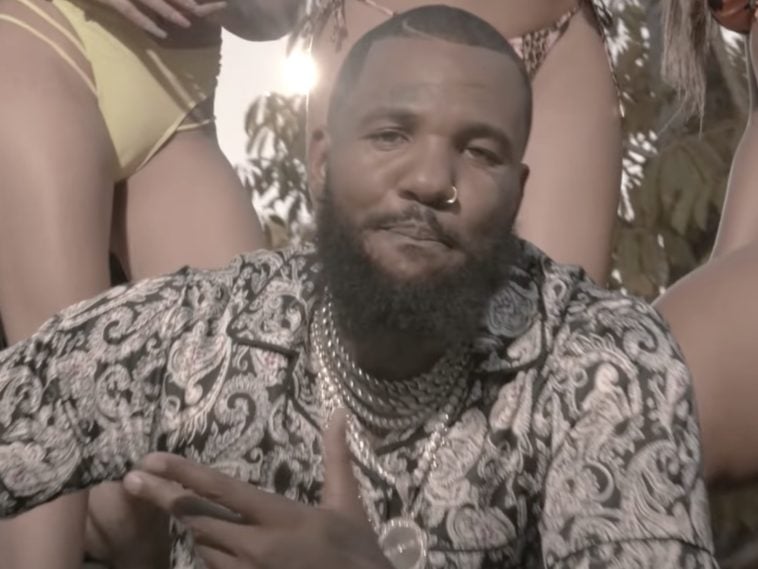 The California native hit up Instagram with a snapshot of his in-game status. He revealed a created player and how it shares traits of basketball family Lonzo Ball, LaMelo Ball and LiAngelo Ball.

After mounted anticipation, NBA 2K22 arrived this past Friday. In celebration of the release, NBA 2K dropped some behind the scenes footage packed with past and present ballers.

Game Has Girls On His Mind W/ New Video

Back in August 2021, the hip-hop star came through with his first official music video of the year courtesy of his Duke-produced “Worldwide Summer Vacation” anthem.

The Los Angeles native’s must-see visual came packed with vixen from start to finish. Despite summer slowly wrapping up, the former G-Unit member remains determined to keep things warm during the hottest season of the year.

Whether in New York, Los Angeles, Atlanta, Miami or anywhere in the world for that matter, the celebratory LouieKnows directed music video evokes the magic of mixing warm weather, good music, letting loose and getting lucky.  Produced by Duke, the new song is part of an upcoming playlist featuring new music from The Game. “Worldwide Summer Vacation” follows the Mike Zombie produced “A.I. With The Braids” featuring Lil Wayne released in 2020.  The collaboration pays tribute to the legendary NBA all-star Allen Iverson.

West Coast rapper Game is trying to get to the bag. The hip-hop veteran lights up Instagram with a random deal too good to be true. The rap heavyweight reveals he’s doing a ton of guest verses for independent artists. Game reveals it’s only for serious inquiries and even reveals the e-mail address people should reach out to. It’s hard to tell just how many verses he has knocked out already. The rap veteran is looking to bless independent artists with some fire bars.

Game Wants You To Wake Up

A few months ago, Game hit up his Twitter page to keep things 100 on his state of mind. Game pleaded with followers – both men and women – to appreciate normalizing their lifestyles and not heavily rely on social media acceptance.

“Let’s normalize being normal. You don’t need a Chanel bag or a BBL to be considered beautiful & feel like you’re more of a woman. And my n*ggas, working a regular job & driving a cool lil whip is still cool af to me… stop letting this social media sh*t f*ck y’all heads up !!!”