Lil Baby’s highly-anticipated documentary, “Untrapped: The Story of Lil Baby,” not only had a successful premiere at the Tribeca Film Festival but is now making its way to Amazon Prime Video. 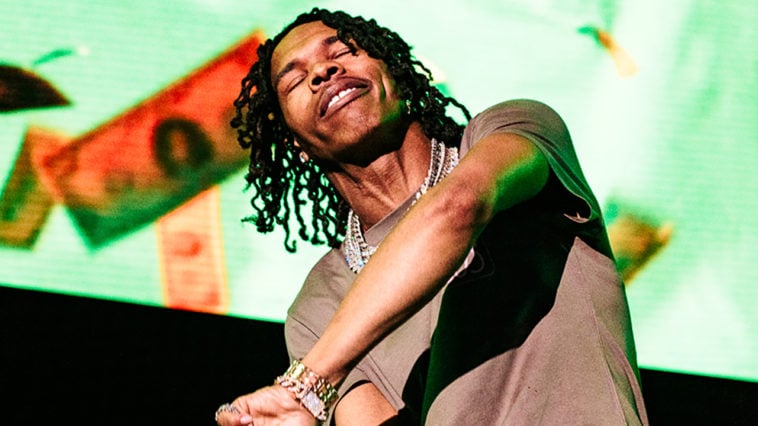 With the success of its premiere at the Tribeca Film Festival held last weekend in New York City, Grammy award-winning rapper Lil Baby is taking his life story to television screens worldwide.  The Atlanta-born rapper will see his acclaimed documentary make its way to fans via Amazon Prime this August.

“Lil Baby is an incredibly impactful artist whose story of perseverance and achieving against all odds is something we are honored and excited to share with our global Prime Video audience,” said Alaina Bartels, head of talent synergy and specials at Amazon Studios.

The film “Untrapped: The Story of Lil Baby” premiered at 8 pm at the Beacon Theater on the upper Westside of Manhattan, in New York City.

The world premiere documentary follows the creative career of  Baby with never-before-seen footage and his rise as an influencer in Hip Hop culture.  The story traces back to his rookie years growing up hustling on the West End of Atlanta and how he turned his life around through rap music.

“Baby, like so many in this country, went through so many obstacles that could have thrown him into many bad places in life. To watch him come through to such a positive side is essential for people to see,” said Kevin “Coach K” Lee, founder of Quality Control Records . “This documentary has the ability to change lives if viewers can believe just like he did.”

The “Do We Have a Problem” rapper has been highly impactful throughout hip-hop culture with his music and activism within the black community. He’s hoping fans will be inspired by his story – expressing his excitement, he stated:

“I’m blessed to be able to tell my story and have people care to hear it. This film is a real look into my journey, and if it inspires even one person to believe that they can get through hard stuff and dare to follow a dream, then it was worth every penny spent and hour worked. My story is many people’s story and I’m excited to share it.”

Documentaries may be the new wave this summer.  A new XXXTentacion documentary has made its way to the small screen this summer streaming on Hulu.

The documentary follows the late rapper and his huge influence during the Soundcloud era. XXXTentacion’s estate took to his Instagram to announce the intimate portrayal of the late rapper’s story.