This week brings another hot lineup of singles for you to listen to by great women musicians. SZA has released a new song after teasing it on Soundcloud. Tierra Whack is back with new music and Kali serves up her own version of “Rap Freaks.” 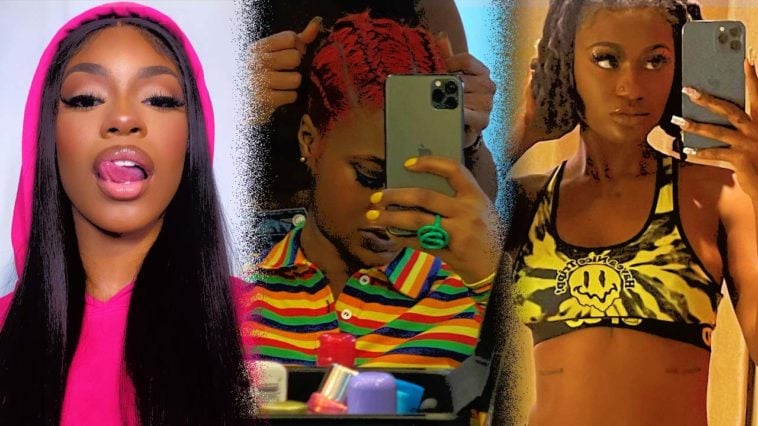 SZA Releases “I Hate U”, Tierra Whack Is Back In The Rap Game, Kali’s “Rap Freaks”

After being released anonymously on Soundcloud and fans loving it, SZA has officially released the song “I Hate U.” The song also became one of the latest viral sounds on TikTok. “I Hate U” is the TDE’s singer’s latest single since releasing the Grammy-nominated “Good Days.”

Philly rap star Tierra Whack has not released a project since the wildly popular “Whack World” in 2018 but she’s back. Her new EP is called “Rap?” and has three tracks.

Kali has been showing out this year and flexing her pen game. She recently released the “Mmm Mmm” Remix with Latto and Moneybagg Yo and she’s back with a rendition of Yung Miami’s “Rap Freaks.” In her freestyle, she name-drops Polo G, Key Glock, Yung Nudy, Kehlani, Christian Combs and more.

Rising Houston rapper Monaleo is coming up and doing it well. The track is titled “We Not Humping” and has an infectious southern beat produced by Diablo and Aryay. Monaleo gained popularity after her January hit “Beating Down The Block.”

Doja Cat continues her intergalactic journey as she releases the video for one of the most popular songs from her latest album, “Woman.” The video has a guest appearance from Teyana Taylor along with actress and model Guetcha, with direction from Janelle Monáe.

Tink is back with a hot new song and video. The Chicago singer has dropped “Might Let You” featuring Nigerian star Davido. The song is fresh from her album “Heat Of The Moment.”

Atlanta rapper Kodie Shane has been off the scene for a while due to the death of a manager and the ending of a relationship with her longtime girlfriend but she’s back and better than ever.  Kodie signalled her return with the Rick-Ross assisted “FaceTime” and has dropped another single “Let’s Not Fall In Love” with fellow ATL artist Jacquees.