Taylour Paige surprised the world when the actress turned toxic lover went toe-to-toe with Kendrick Lamar on “We Cry Together” off his TDE farewell album, Mr. Morale and The Big Steppers.  Confronted with our own toxic relationship (past or present), fans are asking, “Who is Taylor Paige? 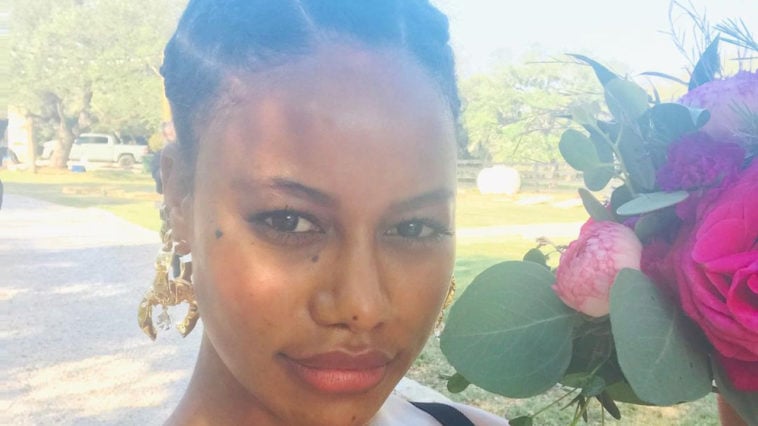 146 Views
Comments Off on Taylour Paige’s Toxic Argument With Kendrick Lamar On “We Cry Together” Has Fans Asking, “Who Is She?”

On the dialogue-rap-poem-diss track, Kendrick and Taylour argue back and forth, cursing each other out about who did what to whom in their toxic relationship. Described as one of the best appearances on the album, fans are enthralled by the raspy-voiced rapper Taylour Paige.

Here are 5 things you should know about the actress-turned-rapper.

The Inglewood California native recently took home her second award throughout her acting career at the 2022 Film Independent Spirit Awards.  Paige won the best female lead award for her role in the independent film  “Zola” where she prepared for the role by taking the job as a stripper for a month.

2. Appeared in a Movie With Pop Smoke

Taylour worked alongside late New York rapper Pop Smoke in his acting debut in the film, “Boogie.”  Paige took on the role of “Eleanor” the ex-lover of Pop Smoke in the basketball-themed film.

Speaking of lovers, Taylour once dated actor and activist Jesse Williams. She met on the set of “Grey’s Anatomy” in 2016 and made it official in 2018. The two actors dated for three years, before calling it quits in 2021.

4. She Was a Real-Life Laker Girl Before Starring in “Hit The Floor”

Before being best known for her leading role as Ahsha Hayes in VH1’s cheerleading drama, “Hit the Floor,” the “Zola” actress was a real-life cheerleader and dancer for the Los Angeles Lakers.  She only spent three months on the team before deciding to finish out her college education and pursue her dream in acting.

Starting her dancing career as early as age two, Paige went on to train and perfect her craft at the Westside Ballet Academy in California. Later attending the Kirov Academy of Ballet in Washington, DC.  At twelve years old, the actress became a student of iconic choreographer Debbie Allen that same year, being featured in Allen’s musical “Pearl.”