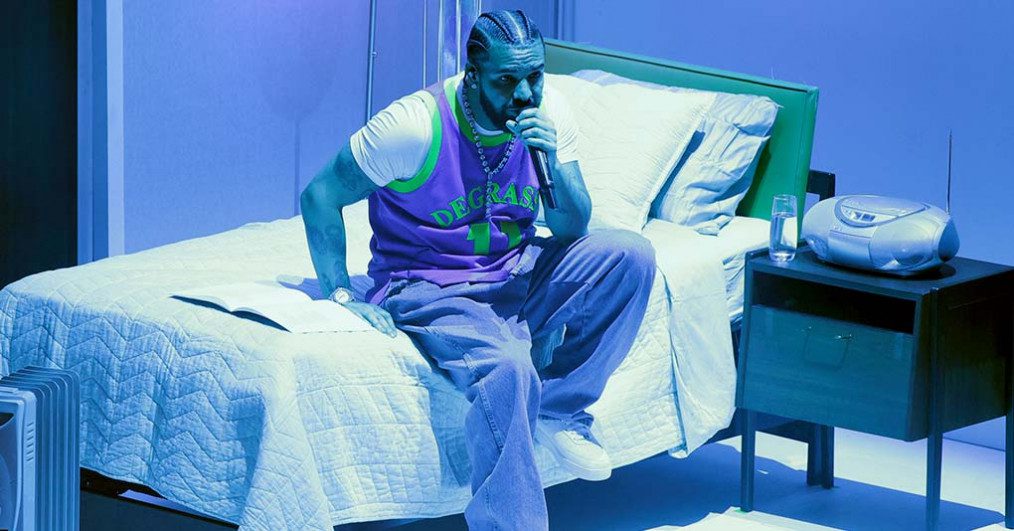 A fan literally fell out of his seat during Drake’s concert.

The Toronto rapper was performing his second of two back-to-back shows for SiriusXM at the Apollo Theater in Harlem on Sunday when a man fell over the balcony.

The scary incident occurred 90 minutes into Drake’s set. In video footage that surfaced on social media, a body is seen falling out of the second floor mezzanine and landing on top of fans in the orchestra section just as Drake was about to launch into “Rich Flex” with 21 Savage.

In a second clip, the fan is seen leaning over the balcony before falling over the ledge.

Drake had his back turned to the crowd when it went down, but he immediately stopped the concert after a crew member ran over and informed him.

According to TMZ, the 26-year-old man who fell may have been intoxicated. He was reportedly uncooperative with officials and was taken to a local hospital.

The Apollo announced that no major injuries were reported and that they are investigating the incident.

“Drake, Apollo and SiriusXM halted the show immediately when learning of a potential fan injury and standard protocols were taken,” the venue said in a statement. “They were seen immediately by EMS on site. The fan and other audience members reported that they were OK. No major injuries have been reported.”

The show went on after a 15-minute delay, partly because the man damaged a lighting fixture when he fell.

In addition to 21 Savage, Drake brought out Lil Uzi Vert, who performed “Just Wanna Rock” at Sunday’s show. The night before, fans were treated to a surprise performance by Dipset.