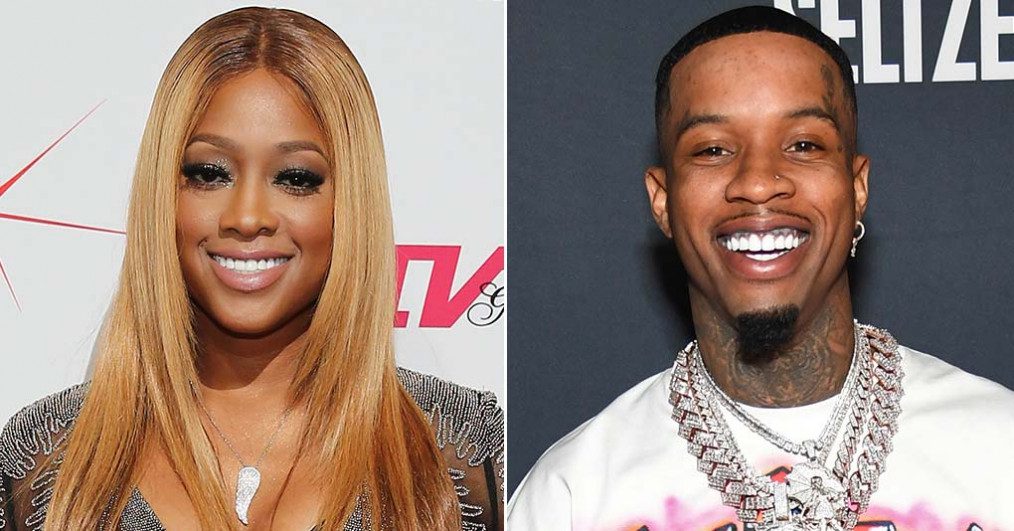 Trina has dated some of hip-hop’s most famous men, but Tory Lanez is not one of them.

The Miami rap icon opened up about her relationship with the incarcerated Toronto rapper. During her appearance on REVOLT’s “Caresha Please,” she revealed that Tory had a crush on her, but they never took it any further.

“We wasn’t dating. Tory was just my friend, but he liked me,” Trina told Yung Miami.

They ended up meeting at a time when her relationship with French Montana was making headlines. There were rumors that French started dating Khloe Kardashian while he was still with Trina.

“I met Tory like at a weird time, at a time where it was right after the whole French debacle,” said Trina. “I met him through other friends that came to the studio.”

But it was strictly professional. Trina was sent a song with Tory on the hook, but she did not know who he was at the time. Her team wanted to take him off and replace him with a bigger artist, but Trina wanted to keep him on it.

“We ended up meeting, we cliqued, and he was just a cool person,” shared Trina. “He was real young and I was real advanced and I’m not with the shits, so you gotta not play with me.”

She ended up releasing the song “F**k Love” featuring Tory in 2014. “That was a song that he had did years previous to meeting me, but it was right after the whole situation with French, so everybody thought, ‘Oh, you made a song about him.’ No, it was a song that came to me that had value to where I was at in my space.”

One of the most-talked-about moments of the interview came during a game of “Resha Roulette” when Yung Miami admitted to Trina that she likes to get peed on during sex. Her golden showers confession went viral as “Pee Diddy” became a trending topic.