This week has been busy. With surprise leaks and announcements from some of the most influential ladies in the game, it’s only right we continue to give them the shine they deserve. 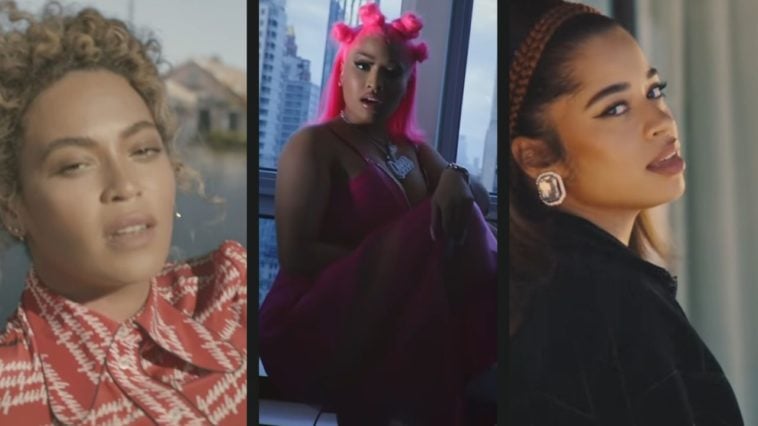 Beyonce Takes Over With New Album

It’s Bey day, and the wait is finally over, after Beyonce’s highly-anticipated album was leaked just two days before the scheduled release. The BeyHive stuck beside her and waited patiently.

Renaissance is here, and fans are loving every bit of it; the skip button is not needed since the album is EPIC from start to finish!

Nicki Minaj is in the spirit of giving, after announcing the release date of her anticipated single “Freaky Girl” and the return of “Queen Radio.” The Queen has spoiled The Barbz with the exciting news that her documentary is coming sooner than we think.

After being featured on Chris Brown’s new Breezy album, Ella Mai is now focusing on her music. Mai recently dropped her new music video for “How,” featuring Roddy Ricch and their giving throwback vibes.

Lady London released visuals to her hit track “It’s Giving.” The boss lady can be seen dripped out in diamonds; the super catchy song has fans hyped for more music calling the track “authentic.”

Shenseea is back with new music. The Jamaican Princess graced fans with the unexpected track “Rain,” featuring Skillibeng.

After the surprise announcement of the “Persuasive” Remix featuring SZA, the wait is finally over. Doechii dropped the remix! Although the original is already a banger, having two Queens on the track makes it a complete game changer.

In addition, fans are also ready for the recent release of the upcoming album Let’s Do A Drill from Asian Doll. She just dropped new visuals to her new drill track, “2 Shots 2 Opps.”

One thing about Girll Codee, they will continue to keep their fans hyped with new music. These ladies take no days off and putting in work by dropping fire hits. In a span of two years, they came from a park bench viral video to opening for Hot97’s Summer Jam in 2022. Their new EP “ShaaBiggaa & HiiiSiddity” proves exactly What New York Sounds Like!