Blueface is in hot water with the LAPD. The California rapper is wanted by the police following an alleged attack on a bouncer that took place on September 12. 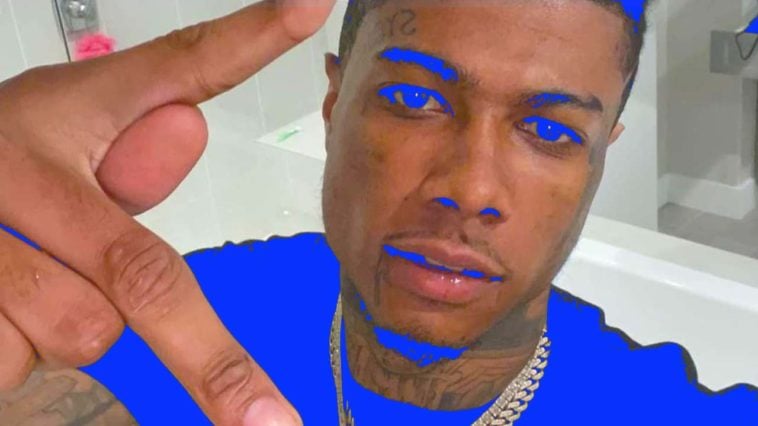 Blueface is a wanted man. Felony arrest warrants were recently issued for Blueface and 2 other men who allegedly carried out a brutal attack of a bouncer, back in September in L.A.’s San Fernando Valley.

The incident was reportedly captured on camera and the men were seen stomping, kicking, punching, and jumping the doorman after he asked for their IDs.

Blueface has not surrendered yet and there is no word on if he will.

West Coast hip-hop artist Blueface still wants a piece of Tekashi 6ix9ine. In a new interview, the California native revealed he’s hoping for a chance to punch the controversial rapper in the face after his celebrity boxing debut victory over TikTok star Kane Trujillo.