Charlotte rapper Jonathan Lyndale Kirk, known as DaBaby, will be holding the live concert “DaBaby and Friends” and a free carnival this Saturday (June 18) at the QC Sound Stage in Charlotte, NC. The concert will kick off at 7 p.m. Saturday, and the carnival will be held on the same day in the venue’s parking lot from 9 a.m. to 2 p.m. 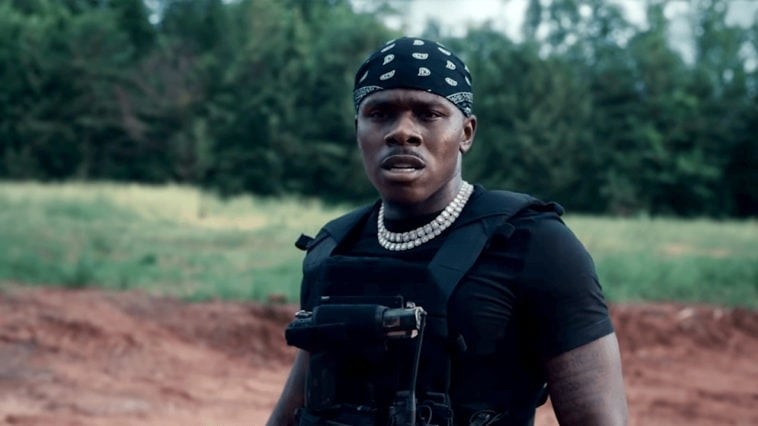 Today, three days before the “DaBaby and Friends” concert and the carnival, DaBaby was interviewed by WCNC, the local news platform in Charlotte.

During the interview, the artist expressed his purpose for holding the free carnival, “We just wanted to do something to get them kids’ energy out before the concert later that night.”

He stated that adding the carnival to the schedule can give children something to do as they are off from school because of the summer break.

A Helpful Approach To Youth Gun Violence in Charlotte

By mentioning his expectation to provide kids something to enjoy during their summer vacation, DaBaby further addresses the gun violence problem among teenagers in Charlotte.

“Kids just need to find more positive ways to better occupy their time. If they do that, everything else will follow suit,” said DaBaby. “Whether it’s sports or if you like doing music, do whatever you want to do.”

Kids attending his carnival can be one of the positive ways for children to spend their time meaningfully rather than engage in violent behaviors. He also suggested that people need to learn more about the gun-related laws themselves and put more effort into preventing schools from shootings.

“I Bring More Than The Music”

In addition to the concentration on youth gun violence, DaBaby also focused on making the Charlotte community better in a broader way.

This Grammy-nominated performer spent most of his early years in Charlotte and still lives in this area. He stated that he is willing to take the responsibility to improve the community with the city leaders.

“Me and the city are turning a new leaf,” said DaBaby. “The government officials now understand I bring more to the table than just music.”

The Man Who Was Involved in the Shooting Controversy

In 2018, DaBaby shot and killed a 19-year-old boy inside a Walmart in Huntersville, N.C. He was not charged with homicide after he was proven to protect himself and his family at the time of the shooting.

In April this year, he shot an intruder at his home and fought an artist signed to his own label. Although this artist was reportedly cleared of charges after shooting a trespasser on his property, he was overwhelmed by shooting and fighting headlines during that time.