“Emergency” is an endearing, sobering coming-of-age story brought to life by stars RJ Cyler (The Harder They Fall) and Donald Elise Watkins (Free State of Jones). In the Amazon Original movie, Cyler and Watkins play best friends Sean and Kunle, who attempt to have one last college equivalent of a pub crawl but are interrupted by a shocking and potentially dangerous revelation. 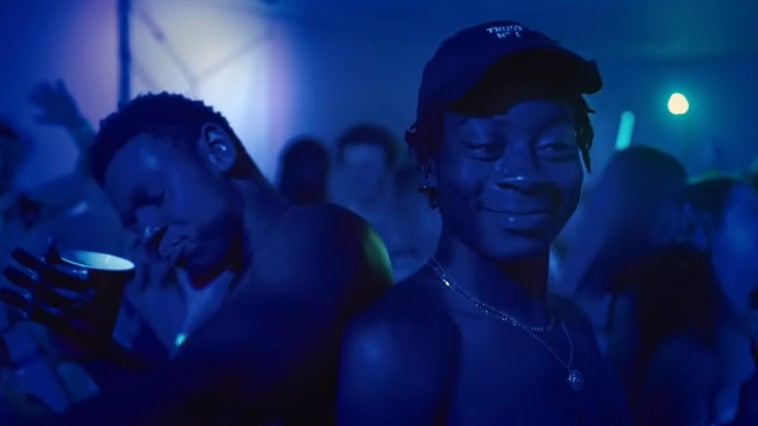 In the early scenes from Emergency, Sean and Kunle excitedly discuss their plans to end the school year with a night of inebriation and celebration.   Their plans are stunted when they return to their dorm room and find an unconscious white girl passed out.

The friends are deeply confused as to how the young woman came to be in their room. As the day unfolds, they become more and more hamstrung trying to find a solution and are aware of the potential danger they could face for reporting the incident to authorities.

Calling the police is immediately shut down by Sean, the more laid-back and chill of the two, who notes the stark reality of the tense and dangerous confrontation that could unfold as black men are interacting with the police. So, pure gut instinct is what drives the two to attempt to get the woman the help she needs.

They Had Me In The First Half

The latest Amazon Prime original felt real in its lead characters and pragmatic decision-making. There were solid moments of self-aware humor and genuine kinship between Sean and Kunle. Where it faltered a bit was toward the film’s conclusion.

As police finally arrive in the story, tensions are at an all-time high. Kunle is attempting to resuscitate the unconscious girl, Emma, just as her sister and friends witness him and his friends placing her into their van. Without spoiling, the second that guns were drawn I was truly hoping for everyone to make it out in one piece. It was hard for the news cycle for the past few days to not be playing through my head on how one false move could have ground gears to a screeching halt. All in all, it was similar to many films I’ve watched in the past including Superbad and Good Will Hunting but the portrayal of black male friendship was entertaining and remarkably honest throughout.

RJ’s stellar performance in Emergency was matched by his appearance in the award-winning Netflix/RocNation film, The Harder They Fall in which he played the role of James Beckwourth, a quick-drawing, fast-talking mountain man. Both Beckwourth and Sean aren’t too dissimilar as they walk with an air of swagger and arrogance that often results in them getting more than they bargained for.