Netflix’s new #1 movie features a star-studded, all-black cast and it’s just excellent, Eve is stepping back from filming “Queens,” Kid Cudi shows us his musical journey in a new documentary on Amazon Prime, the Wu-Tang Saga gets one more Hulu season and Halle Berry is making music history in her new movie. 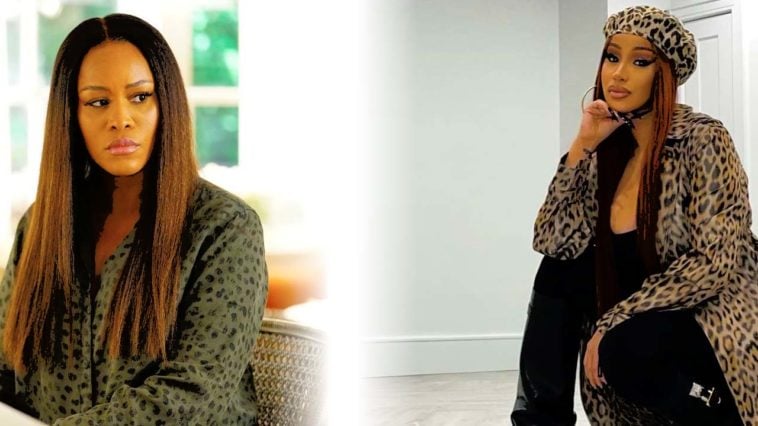 Though the show just premiered and is having great reviews, Eve is taking a hiatus from her new ABC series, “Queens” following her pregnancy announcement. She will spend the rest of her time in the U.K. instead of filming in Atlanta. The rapper and actress is expecting her first child in February 2022 with her husband Maximillion Cooper. Eve plays the role of “Brianna” alongside Brandy, Naturi Naughton, and Nadine Velazquez.

The Harder They Fall

The star-studded film “The Harder They Fall” is racking up great reviews as it is the number one movie on Netflix. The western film, which was co-produced by Jay- Z, follows the story of rivalry between cowboys Rufus Black (Idris Elba) and Nat Love (Jonathan Majors). The cast also includes Regina King, Jonathan Majors, Deon Coles, Lakeith Stanfield, Delroy Lindo, Damon Wayans Jr and more.

Kid Cudi is sharing his excitement for the release of his documentary “A Man Named Scott”. The documentary, which will be available globally for streaming on Amazon Prime starting 11/5, explores the creative choices that went into Cudi’s albums and  the personal struggles that affected his life throughout the process. The Day And Nite singer has been in good spirits lately. From declaring that he finally loves his life to smiling on the red carpet with his mother, it’s safe to say he is on the moon.

HBO To Release Documentary on DMX, Juice WRLD And More

HBO is helping to memorialize cultural icons. The platform has announced the release dates for a new slate of films in its Music Box series, featuring documentaries on Alanis Morissette, DMX, Kenny G, Juice WRLD, and Robert Stigwood, the man behind Saturday Night Fever.

Actress Halle Berry is recruiting some girl power for her directorial debut “Bruised.” Berry teamed up with Cardi B to curate an all-woman soundtrack that features new music from Cardi herself, Saweetie, City Girls, H.E.R., Flo Milli, Latto, Young M.A., Baby Tate, Rapsody, Erica Banks, Big Bottle Wyanna, Ambre, and Dream Doll. “Scared” by City Girls will be the first official single to drop. In addition, Saweetie teased her “Attitude” song in an Instagram video where she dressed up in Halle Berry’s Catwoman costume for Halloween.The film will be released on Netflix on Nov. 19.

Wu-Tang: An American Saga’ Renewed For Third And Final Season

It has been up in the air on whether it would get another season but “Wu-Tang: An American Saga” is finally coming back for another season. The Hulu drama series is about the origin story of the iconic New York rap crew and features a cast of Ashton Sanders from “Moonlight”, Shameik Moore from “Dope”, rapper Dave East and more. The series’ third season will also be its’ final.