Rapper Fivio Foreign has been granted an honorary degree from the Fashion Institute of Technology which is in his hometown of New York City. The Grammy-nominated rapper has been known for showing his clothes and jewelry in pictures or music videos and now has the honorarium to make fashion a career move. 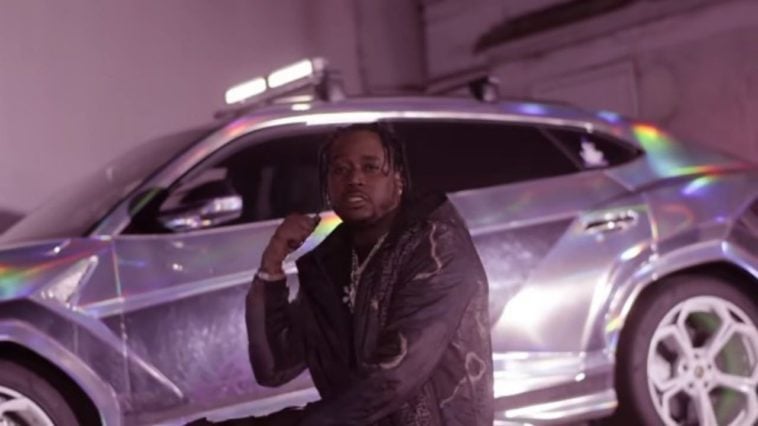 A member of the school welcomed the hometown rapper with open arms:

“We welcome you into our family and we can’t wait to hear new music from you.”

During the gathering, the “Big Drip” rapper commented on what it meant to get accepted by the school while going through a yearbook full of well-wishes.

“This is like a big deal, know what I’m saying, this is big.”

Outside of his ability to make music, the Grammy nominated rapper has been known for his fashion choices whether it be the clothes or the jewelry. Last year, Fivio was featured on a song called “Fashion” with The Plug and M24.

And this is why I don’t respond to these lame ass werido clout chasing niggas. You can buy Youtube views but can’t buy chart positions. The “City Of Gods” rapper continued, everything this has ever said has been a lie and everything else is going to be a lie. I apologize to th real ones out there that’s mad I’m entertaining this shit but fans must know what’s going on in NY.”

Fivio Hits Back At Tekashi69

Recently, the New York native hit back at controversial  troll rapper Tekashi 69, who has been gunning for his self-proclaimed “King of NY” titled.

Fivio Foreign got wind of the missive aimed at him by 6ix9ine and decided he had enough with the “GINE” rapper. Responding for the final time, Fivio took to his Instagram to say,

“And this is why I don’t respond to these lame ass weirdo clout chase’n niggas.  You could buy YouTube views but you can’t buy chart positions,” he added.

Fivio was referencing 6ix9ine‘s trending #1 video on Youtube with over 10 million views.  When the video was first released on Friday, it was slowly creeping along but suddenly surged in views over the weekend, indicating a paid promotional push.

“Everything this kid has ever said has been lie and everything else is gon b a lie. I apologize to the real 1’s out there that’s mad I’m entertaining this shit but most fans kno. What’s really going on in NY.”