During the Fulton County court hearing on July 7, rapper Gunna was denied bond by the judge for the second time, having to stay in jail until January 2023. He was also suspected of involvement in a drug smuggling incident this past May. 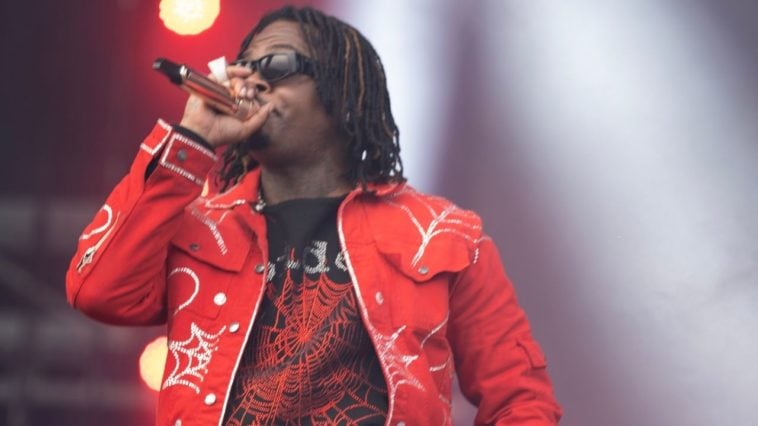 Connection To Another Incident

In Thursday (July 7)’s Fulton County court hearing, prosecutors said that the rapper Sergio Giavanni Kitchens, known as Gunna who has been indicted on Racketeering and Corrupt Organization (RICO) charges, now has been suspected of engaging in another incident regarding drug smuggling that happened in Fulton County Jail in May.

A 24-year-old nurse attempted to bring contraband, including 6.8 ounces of marijuana, 20 grams of suspected crack cocaine, 200 cigarettes, and loose tobacco, into the jail on May 14.

When a deputy confronted her, she dropped her bag and fled. The nurse then was sought and charged with possessing contraband intended to distribute, obstructing law enforcement, and fleeing or attempting to elude police.

In court this Thursday, prosecutors accused Gunna of being involved in this case, stating that some drugs were intended for him.

The prosecutors indicated that a list of people for medical records in the Fulton County Jail had been found in the bag of the nurse, and Gunna’s name was on the list. However, Gunna’s attorney, Steve Sadow, did not admit to the charges and insisted on Gunna’s innocence.

“None of the allegations made today, these so-called new allegations, are accurate,” Sadow said.

Also, in court on July 7, the judge denied Gunna’s bond for the second time.

The judge was concerned that this rapper might threaten the witnesses or their family members if he was released before the trial.

Thus, Gunna has to stay in jail until January next year, waiting for his trial to begin.

Earlier this May, a Georgia state judge refused to release Gunna and Young Thug, for the first time denied the bond and forced them to remain in jail.

Last month, the “Pushin P”  rapper officially released a statement on Instagram, speaking on the injustice Black men in America face and denying all accusations.

“As a black man in America it seems as though my art is only acceptable when I’m a source of entertainment for the masses. My art is not allowed to standalone as entertainment I’m not allowed that freedom as a black man in America. It is a sad reality that slavery is still alive in America today its still affecting my people. In 12 states more than half of the prison population is black one of the states is Georgia.”

“For now, I don’t have my freedom. But I am innocent. I am being falsely accused and will never stop fighting to clear my name.”