Joey Bada$$ sat down for an interview and discussed many topics, including working with a legendary executive. 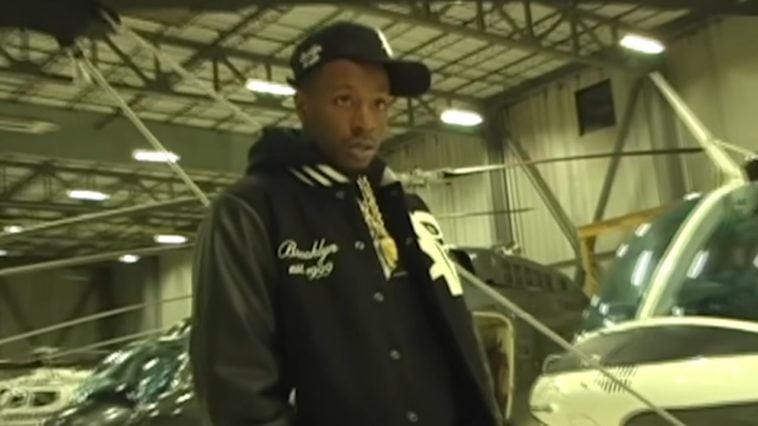 290 Views
Comments Off on Joey Bada$$ Talks About Working With Diddy, Capital Steez’s Influence, &His Future Career In Hollywood

In a press release obtained by SOHH, Joey Bada$$ was interviewed by Zane Lowe, where a wide range of topics was discussed.

During the discussion, Lowe asked Joey about what it was like working with a legendary figure like Diddy for his album, 1999, intro:

“Over the last, what, six years, Puff and I have formed this real deep brother bond. you know what I’m saying? We’ve been talking about my next album for literally over the five years and stuff like that. So the opportunity just presented itself.

“I laid down the intro track, we were in the studio, and we were all excited about it. It was actually the last song I recorded for the album… because I had the album, I’m just like I need an intro, I need a way to start this thing. And we just got in the studio, we laid it down, and I literally just called puff like Yo, I’m actually on my way to the studio,” but his studio was five minutes from where I was at. So he pulled up on me. He wouldn’t take the joint. He brought a whole bunch of DeLeon and Ciroc. It was a movie.”

The Brooklyn MC also talked about his good late friend Captial Steez’s impact on his music:

“Well, initially it was a tie between Jay-Z and Biggie. I’m a Brooklyn kid, I’m Brooklyn born, so they were very instrumental throughout my childhood and my musical upbringing. But once I got older, I got to say Capital Steez.”

Lowe also asked Joey about the possibilities of getting on the TV screen:

“Tv and film, acting was something that I always wanted to do. Many people know I was a theater student in high school, but then I got kicked out because my attendance was just shady. Growing up in New York, immediately I noticed that trying to become an actor in New York City was damn near impossible. Not that becoming a rapper had higher chances, but I just felt more confident in music. So I told myself I’ll focus on music, and in the future, I’ll use that to leverage the acting, and here I am. You know what I mean? And it’s going great. I look forward to more opportunities. A lot of projects in the works. You know what I mean? That still hasn’t surfaced yet?”

Joey Bada$$ Comes Out Against Cancel Culture In Defense Of Lizzo

Last month Joey came out against the cancelation of Lizzo after her comments about disabled people.

Joey Badass once again is not here for being canceled.

After shutting down the canceled culture back in 2020. The New York rapper is back with a few more words for this generation, but this time he’s defending fellow pop star Lizzo for the backlash she recently received. Joey took to Twitter to put his two cents in, making sure that white America knew exactly how he felt about the situation.