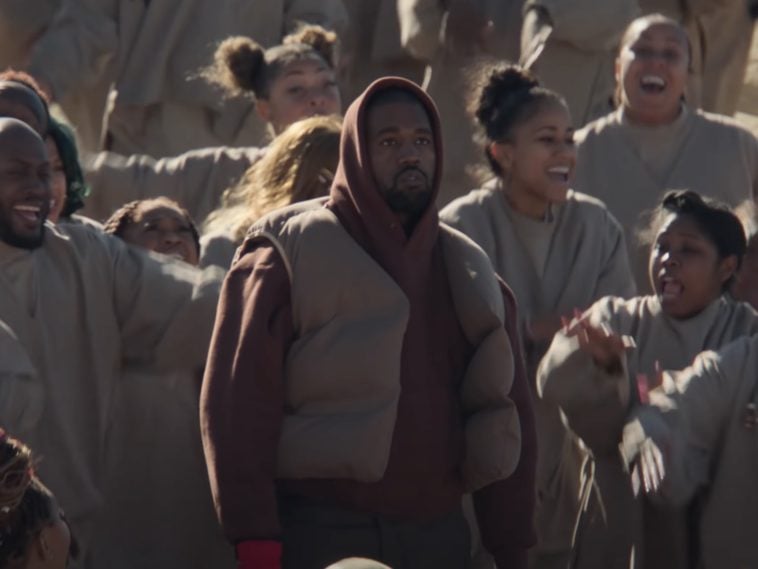 Kanye went to his social media pages with a shot of himself and a white board featuring all the songs on it behind him. Not every track is visible, but Ye is rocking a Donda jersey – in honor of his mother Donda West – so it’s surely for the album.

Kanye West Reps For His Family

The G.O.O.D. Music boss is putting on for his family. In a rare social media post, Yeezy showed off some fire jewelry repping for his own.

In the post, Ye is rocking a series of massive gold chains. They have the names of his children on them, including North, Psalm and Saint West. There’s also a chain that reps for Chicago, the name of his fourth child and also the rapper’s home city.

The Grammy-winning rapper is really dropping a much-needed new Donda album to the masses. In celebration of the major rollout, the project’s listening party is going down this week in Atlanta and tickets are dropping in the coming minutes.

The tickets officially-officially went on sale earlier in the week with the event set to take place this Thursday in Atlanta. While it’s not certain who all will be in attendance, fans can attempt to secure their access for a reasonable under $100 price.

Leading up to this announcement, major details had started to emerge. Kanye held a listening party on Sunday in Las Vegas, and many other details have emerged. Although nobody was allowed to bring a phone into the event, social media has lit up with little tidbits of information regarding his next album, which will in fact be titled Donda after a lot of back-and-forth regarding the project’s name.

Some snippets have even come out as well. He has a song with Pusha T, a frequent collaborator, as well as rap crooner Lil Nas X. Tyler, the Creator even has production credits on the album.