Lil Durk made a surprising disclaimer about the lyrics in his deluxe version of his album 7220. 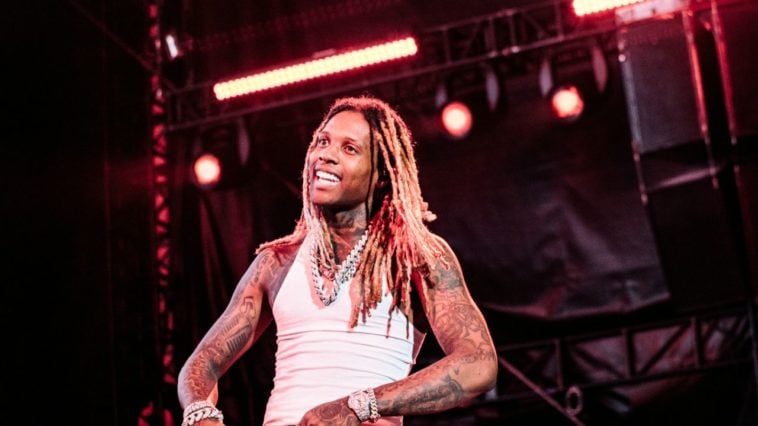 Lil Durk did the unusual: he disclaimed that the lyrics in the deluxe version of his album 7220 “is all-cap.”

The Chicago native started with:

“This deluxe is all-cap. This shit is not real”

In the song “Shootout At My Crib,” Durk raps:

“Oh, you sold a couple of pounds, now this nigga think he Meech. Now you singing all these songs with all that pain, you think you me, I ain’t follow niggas was, I was signed to the streets.”

This is the latest effect of the RICO case against Gunna, Young Thug, and 26 members of the YSL gang. In addition, the YSL case has made rappers more cautious about what they utter.

Lyrics Getting Used In The YSL Case

The 88-page RICO indictment against rappers Young Thug and Gunna’s “YSL” gang contains song lyrics being used to prosecute them and dozens of alleged associates.

Shortly after charges were brought down on Young Thug and Gunna, Brooklyn-based rapper Casanova 2X pled guilty to various charges.

He admitted to being a gang leader and aiding crimes, leaving him facing a 60-year sentence.