Mariah Carey is making history. The singer’s Christmas hit is earning her awards and breaking records. 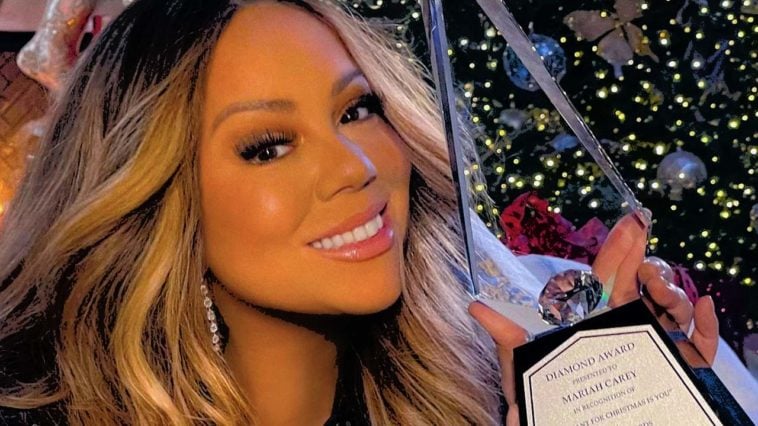 Mariah Carey’s “All I Want For Christmas” Reenters Chart

Mariah Carey’s holiday hit is the song that keeps on giving. The record continues to make music history as it became the first and only holiday single to take home the RIAA’s coveted Diamond Award (in recognition of ten million sales and streaming units in the United States).

Originally released in 1994, the song is back on the Billboard Hot 100 and has been re-entering the charts around Christmas time every year since 2017.

The singer and her hit song will also be featured in the Apple TV+ smash-hit, “Mariah Carey’s Magical Christmas Special ‘, with a  performance of the record-breaking song, along with her twins, son Moroccan and daughter Monroe.

Music mogul JAY-Z no longer has Mariah Carey as one of his top Roc Nation clients. New reports reveal the iconic crooner has decided to ditch Young Hov’s management company over them not being on the same page in regard to the future of her career.