Louisiana rapper NBA YoungBoy is doing fine behind bars. A picture has emerged of the Top hip-hop star posted up in prison. 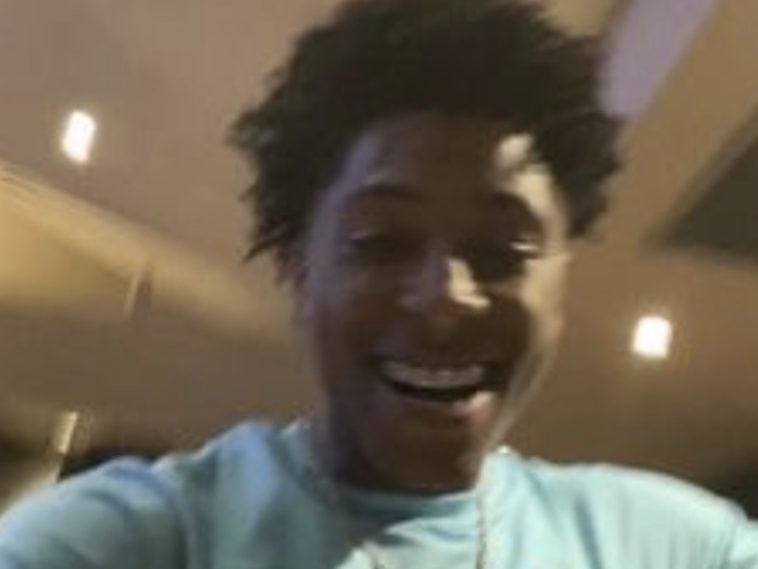 NBA YoungBoy Smiles For The Camera

An image of NBA YoungBoy and fellow jail inmates has gone viral on social media. He’s been behind bars for several weeks now after the FBI took him into custody over drugs and weapons charges stemming from last year.

“#NBAYoungboy seems to be in good spirits, #Roomies! 🙏🏾”

YB is making headlines for the wrong reasons these days. New reports claim the hip-hop star must remain behind bars after having a $540,000 bail revoked. According to reports, past issues have forced a judge on April 1 to look the other way at NBA’s bail. YoungBoy is expected to stay in jail until his upcoming trial.

According to legal documents viewed by Complex, a Louisiana judge has revoked the 21-year-old rapper’s $540,000 bond that was granted in the Central District of California last month. YoungBoy—legal name Kentrell DeSean Gaulden—was placed in federal custody on March 22 following an on-foot pursuit in California. He was wanted on an outstanding warrant stemming from 2020 drugs- and weapons-related charges. A California magistrate judge ultimately granted YoungBoy pretrial release that was contingent on Louisiana’s approval. (Complex)

In March 2021, a police swarm came after authorities attempted to stop a vehicle that the hip-hop star was inside of due to a federal outstanding warrant.

YoungBoy led the police on a short chase before getting out of his vehicle and leading them on a foot pursuit. A K9 unit tracked the rap star down, although it didn’t bite him. He was taken into FBI custody and booked shortly after.

We’re told the bust went down Monday … LAPD and the feds attempted to pull over a vehicle NBA YoungBoy was in because he has an outstanding federal warrant. That set off a short pursuit — but once the car stopped, cops say the rapper bolted on foot. Our law enforcement sources tell us the cops set up a perimeter and brought in a K-9 to help find YoungBoy. BTW, we’re told the police dog didn’t bite him — but did sniff him out. We’re told the cops found a firearm in the vehicle — unclear if that belongs to YoungBoy, but we know the feds have him now. (TMZ)

Florida hip-hop star Kodak Black reacted to YoungBoy’s arrest. He asked followers why they thought he’d be happy about the news, clarifying that even though the pair have beefed in recent months YB was still his little brother and that he didn’t wish jail on anybody.

His baby mama Yaya Mayweather, daughter of legendary boxer Floyd Mayweather, responded to the news as well writing on Instagram Story “My day has been completely ruined.”