This Friday is the equivalent of an all-you-can-eat buffet; an eclectic mix of new songs and albums. We are so spoiled for choice, curating this list felt like having to drop Hakeem “The Dream” Olajuwon for Shaq as center in your all-time NBA first five list. I kid you not. 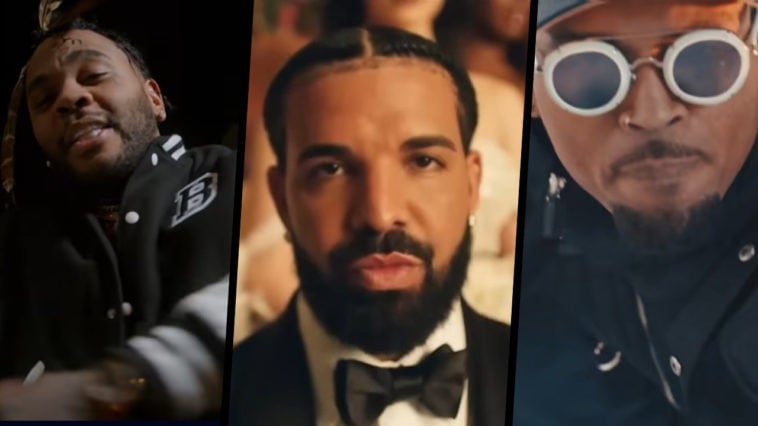 From Drake proving he still holds our hearts and is not above a little dramatic effect, Duke Deuces dropping his second album, and Kevin Gates riding that TikTok wave, let’s zoom right into the weekend.

Do you know one test of relevance? Dropping an album without any build-up and still killing it. Drake dropped his seventh studio album. The 14-track album has one feature from 21 Savage – who lived up to his name. We in the office are split on how we feel about the album but one employee who shall remain nameless said it sounded like Elevator Afro Beats. Check out the first video, Falling Back.

Duke Deuce’s second album is an anthology of would-be club bangers. Seeing as this summer and we outdoors, it is a bit amusing he is a tad miffed Drake dropped an album on the same day.

When you are in for more than the soft tones of a Kevin Gates song, hit the Deuces.

Khaza is an experiment with sounds, delivery, how much is too much to share, and how much has KG grown.

I won’t go so far as to say there is a tune for everyone, but Gates almost-solo offering (only 1 song of 19 had a feature) is not a bore-fest. He has come a long way from the man who wanted to end things.

“Call Me Everyday” is every one of us; when we fall in love or are seriously infatuated with someone. This fusion of afrobeat and hip-hop by Breezy and Wizkid epitomizes that readiness to give it all, to put your money, mind, and body on the line.

Chance’s third single of the year is the charm that proves his experiment with fusing art with music is not a coincidence or accident. The song, as the title says, is an ode to the topsy-turvy of our lives as we navigate each day.