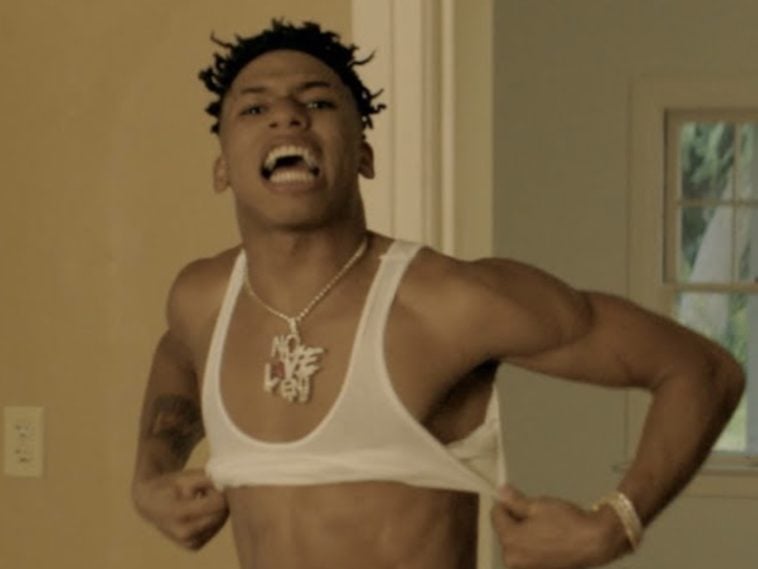 While he previously reflected on death and sharing photo with several late rappers like Nip, Juice WRLD and Pop Smoke, Choppa went on Twitter this time with a fire video of his new ink. The massive leg piece is beautifully done and pays homage to one of the staples of the culture.

Nipsey Hussle’s wife Lauren London has nothing but love for Nip and her children, making sure to keep his name alive as rappers like Choppa are doing. In related news, she went online to celebrate Kameron Carter turning 12 years old.

London had Kam with Louisiana rapper Lil Wayne prior to her being in a relationship with Nip. She went online to offer a message of love and support for their son and give him a major and genuine birthday shoutout.

“Pure Love Full of Integrity Compassionate Brave HonorableStrong 12 is the Magic # Happiest Birthday to the Soul that shifted my Universe . King Kam Love You Son
#HappybirthdayKam 😇💙”

Lauren London Pours Her Heart Out

The Hollywood actress knows the importance of August 15. The popular entertainer stepped forward to remember her late king and soulmate Nipsey Hussle on his 36th birthday.

LL went to her Instagram page to share a throwback pic of Hussle shirtless and smiling. She used the caption to speak on their everlasting connection and unbreakable bond.

“Happy Birthday My King! I Love You Today and Forever Missing you is just apart of my DNA and I wear it with honor. Kross reminded me that you are “36” like me. 💙✨ 1 of 1 Hussle The Great there will never ever be another”

Hussle’s immediate family will have to wait longer for justice. The newest lawyer of the suspect responsible for killing Nipsey in March 2019 recently said the trial should go to court by next winter.

Justice might not come until 2022, which will be almost three years since the Crenshaw native died. A series of delays have come in the trial: the alleged shooter Eric Holder refused to leave his cell in July 2021, the previous judge in the case retired, and O.J. Simpson prosecutor Christopher Darden stepped down as Holder’s defense attorney after threats to his family.

New lawyer Aaron Jansen also added Holder has a history of mental health issues and offered this as a reason for what went down on March 31, 2019.

“He does have a significant mental health history,” he said of his client. “One of the things affecting him [in March 2019] was that his mother had just passed away. He was pretty despondent.” The case was later postponed repeatedly due to the COVID-19 pandemic and the retirement of its previously assigned judge. (NY Daily News)