Virginia rapper Pusha T is enjoying his time on daddy duty. The hip-hop star has gone online with an adorable shot of his son Nigel Brixx Thornton. 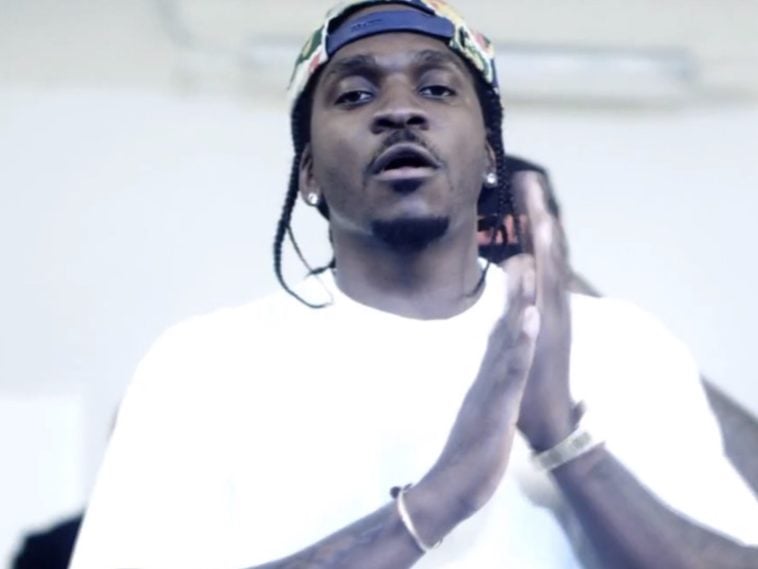 Pusha T Gushes Over His Son Nigel With New Photo

Push posted the cute picture on his Instagram. Nigel was born in 2020 to the rap star and his wife Virginia Williams. It doesn’t seem like King Push will stop sharing awesome photos of his mini-me, but who can blame him.

Pusha T Confirms A New Album Is On The Way

While he has been his daddy duty grind, Push still has audio heat on the way. The veteran hip-hop star recently revealed that a project was in the works.

While at an event put on by JAY-Z for the 18th anniversary of the 40/40 club, Push revealed an album was coming. He didn’t give a specific timetable for the project, but it will be produced by none other than legendary rappers Kanye West and Pharrell Williams.

The G.O.O.D Music president is big hyped about fans finally getting the chance to hear the new Donda album, and even hyped to get another project of his done by ‘Ye. Note that Kanye produced Pusha’s 2018 album DAYTONA. The hip-hop veteran has stepped up to dish on Kanye West delivering the must-hear LP to the masses and dug into its meaning.

King Push hit up his Instagram page and didn’t hold back on reflecting on the LP’s importance. He also acknowledged how much it meant to help get Ye’s LP out to the masses.

“This is about power, money, influence and taste…nothing more, nothing less. Watching you “joystick the culture” makes us all proud. Continue to do things your way, congrats, and I’m honored to have been a part of the process. #DONDA”

After initial plans to put the LP out in late July, Kanye came through for his day ones over a month later than fans expected. The project is jam-packed with hits and endless collaborations including songs alongside JAY-Z, Lil Yachty, Playboi Carti, The LOX, Travis Scott, Kid Cudi, Lil Durk, Baby Keem, Don Toliver and Lil Baby.

Instead of going with a message-driven cinematic-looking cover, Kanye opted for having completely solid black artwork for the project.

Heading into the weekend, reports claimed the project was turned into Def Jam and could reach the masses before Monday.

Despite multiple setbacks, the G.O.O.D Music boss’ LP was destined to arrive any moment.

We’re told that Kanye West has, in fact, delivered the masters for the long-overdue Donda(G.O.O.D./Def Jam). On 8/26 the album’s release date was changed to 9/3. But the next day, Drake announced the same date for his own long-awaited album, Certified Lover Boy (OVO/Republic). Sources claim that Donda is currently being delivered to DSPs and streaming partners for release either later today or tomorrow morning. Ye delivered the album once before but immediately took it back. (HITS Daily Double)