After being sentenced to decades in prison, R&B singer R. Kelly was placed on suicide watch for his safety. However, Kelly’s legal team claims the special treatment was “cruel and unconstitutional.” 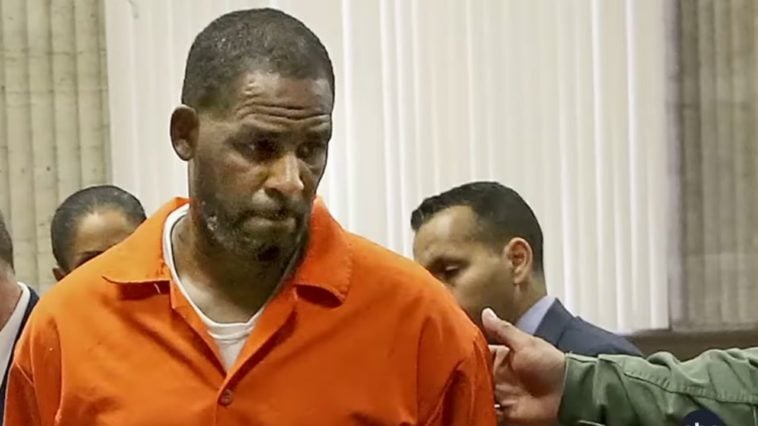 234 Views
Comments Off on R. Kelly Off Suicide Watch After 30-Year Sentence

R. Kelly has officially been removed from suicide watch. The R&B singer’s attorneys immediately argued that placing him on suicide watch was “solely for punitive purposes”. Meanwhile, government attorneys have put out a statement following the suicide watch removal:

“Following a clinical assessment, plaintiff Robert Sylvester Kelly, also known as ‘R. Kelly,’ was removed from suicide watch as of this morning, July 5, 2022.

“Because plaintiff has already been removed from suicide watch, there is nothing more that the court can do for him.”

Bonjean is now challenging the 30-year sentence in New York and is set to launch a meeting at the federal appeals court pursuant to overturning the conviction.

The musician was found guilty in September on eight charges of racketeering and one count of sex trafficking by a jury of seven men and five women. He has now been sentenced to 30 years in prison.

With over 50 witnesses taking the stand at the previous hearing, Kelly was ultimately found guilty. Today, many women victimized by the R&B singer provided their closing statements.

According to the New York Times, the first victim to testify against the singer was “Angela,” who claimed the “Fiesta” singer lured children with his money and fame.

“With every addition of a new victim, you grew wickedness. You used your fame and power to groom and coach underage boys and girl for your own sexual gratification,” Angela said.

The hip-hop community has reacted to Kelly being sentenced to 30 years. Louisiana rapper Boosie took to Instagram to give his two cents on the verdict.

In the video, the Louisiana-born rapper appears on a boat jamming to R. Kelly’s “When A Woman Loves”.

Boosie called Kelly “the truth” and acknowledged the embattled singer’s talents, despite the sentencing.