Although these ladies are known for their music, they sure know how to show off their versatility on how to get their bag. Let’s take notes on how they do it. 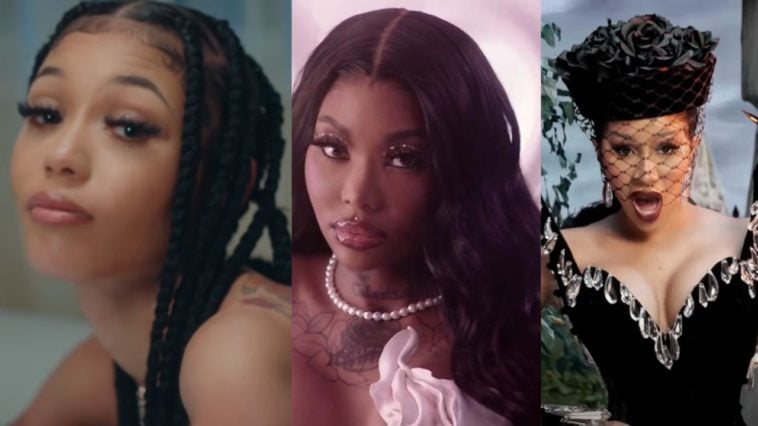 Coi Leray has been on a roll since her debut album Trendsetter. However, Coi is currently on tour, but that doesn’t stop her from dropping new music. Her new single “Involved” is already taking the music scene by storm, and fans love it!

Although her debut album Invasion of Privacy was released four years ago, Cardi B is still making money moves with partnerships and being featured on a few tracks with other hit artists.

The Bronx rapper took to Twitter to remind fans of her musical success, teasing her new project will be harder than ever. It’s safe to say fans have been ready for Cardi’s return with her sophomore album.

Summer Walker was the first black female artist to speak on the injustice of the Roe V. Wade law.

She is now wanting to spread positivity by gracing the cover of Essence Magazine. Saweetie recently got candid with Glamour Magazine about Her Experiences as a black woman and feminism. Although many fans are patiently waiting for new music from the “Best Friend” hitmaker.

The Icy girl remains in her bag, taking to Instagram to announce a partnership with Croc’s, producing custom icy Jibbitz, IKTR!

Kehlani has been thriving throughout pride month and is gearing up to hit the Blue Water Road tour next month. The singer took to Instagram to announce additional dates have been added to the tour; fans cannot wait to see Lani perform live.

Jamaican artist Shenseea kicked off her last show in the US at the legendary Hot ‘97 Summer Jam.  The “Lick” artist will be gracing Europe on her Alpha tour this summer.
Rapper Doechii straight killed her XXL Freestyle. The TDE artist is giving 2010 Nicki Minaj energy, and fans love her versatility.