Ladies are out here making iconic moves – let’s shine a light on their latest projects. 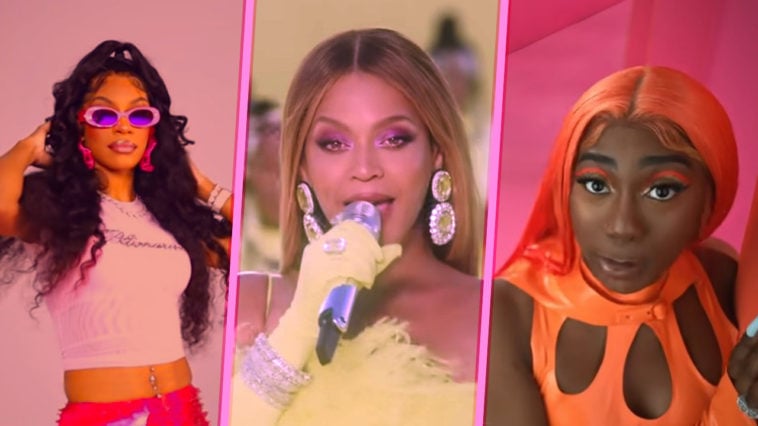 After slowly but surely making a comeback, singer-songwriter Ella Mai’s sophomore album ‘Heart On My Sleeve’ is finally out now. She came back swinging and switched it up, but it’s still her style. Fans are loving the new album because it shows how much she cares about R&B music and most importantly, her fans.

Queen Bey’s ventures have been quite rewarding lately.  Beyonce has received her first Daytime Emmy nomination in the outstanding original song category for writing “Talks With Mama Tina” – the theme song for her mother’s Facebook Watch series.

After going full cosplay, Monaleo finally graced fans with a visual to her remixed track “We Not Humping” featuring Flo Milli. The duo bodied the music video together, which has fans wanting more collabs and even a possible full album, together.

If you love the raw, sultry sound of Jhene, we recommend you check out this book of poetry – In My Notes– by Tiffany Mason Stewart.

Looks like Doja Cat is not allowing bullies to stop her from making music! The iconic artist is back with new music, dropping her latest track “Vegas” From the Original Motion Picture soundtrack ELVIS.

Janelle Monae has the honor of playing the iconic Josephine Baker in an upcoming television series “De La Resistance.” We’re excited to see Janelle back on the film scene.

Actress Keke Palmer is back in her music bag, she came through strictly for the og Keke fans

releasing the visuals to an upgraded song “Bottoms Up” released in 2014. The new single “Bottoms Up 2.0” has fans going crazy, loving the new sound!