Steve Harvey and the “Earn Your Leisure” brand have teamed up to announce the second iteration of the annual Invest Festival. 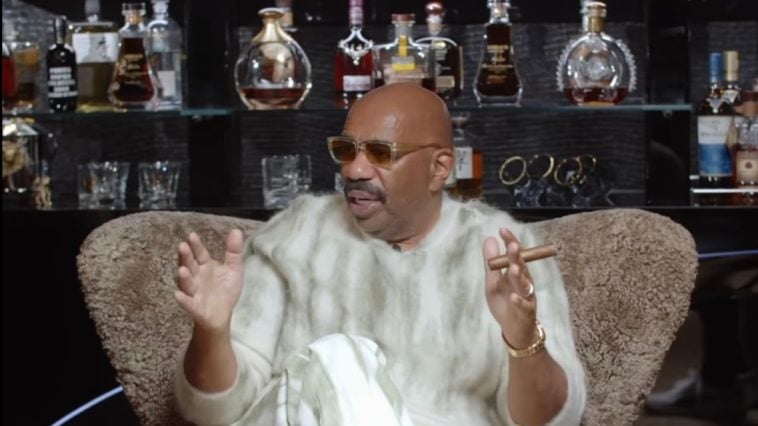 In partnership with Earn Your Leisure, Steve Harvey has announced the second annual Invest Festival.

Designed as a way to provide insight on entrepreneurship, estate planning, and -of course, investing along with food, fun, and entertainment- all in one place, the event will feature live talks and performances from prominent names in the hip-hop, media, and self-development scene including Rick Ross, Charlamagne Tha God, Terrence J, and more.

The partnership between EYL and  Harvey came about after he guest-starred on their podcast earlier this year in March. One of his main points was how Hollywood could take advantage of entertainers. The Family Feud host stated:

Steve enjoyed his time on the show, co-hosted by longtime friends Troy Millings and Rashad Bilal, so much that he returned the favor and had them come on the nationally syndicated Steve Harvey Morning Show.

While there, the two went into detail on how the festival will differ from most festivals people are already familiar with, like Coachella, to focus on more of an “edutainment” venue set to both educate and entertain crowds.

“We’re trying to encompass as much education as possible… When you talk about entertainment, it’s a transactional relationship right? I pay you to entertain me and now, in order to be entertained again, I have to pay. We’re going to have transformational interactions…It’s a mix of commerce and culture.”

Described by one fan as the Coachella of financial literacy, the reception to Invest Fest has been positive.

“It was such a blessing connecting with so many #EARNERS this past weekend. The relationships formed at, #InvestFest2021 will truly empower generations.”

The event is set to take place from August 5th- August 7th at the Georgia World Conference Center in Atlanta, Georgia.

Early last month, the “King of Comedy” shared his thoughts after it was announced in People Magazine that his daughter Lori Harvey and Creed star Michael B. Jordan had broken up. Perhaps a little too familiar with breakups, Steve lightly joked about it on his radio show.

“I wish him well. I’m Team Lori 1000 percent. Things happen; it’s hard to be young and in the limelight and have a successful relationship.” He quipped:

“I’ve got to start learning from my children. Get out early before it costs you something, I’m going to have to start breaking up on IG [Instagram] because this going to court is costly.”