Collins Hill senior Travis Hunter sent out a Tweet early Wednesday saying, “Time To Make History.” The high school senior did just that at a National Signing Day ceremony at his high school. 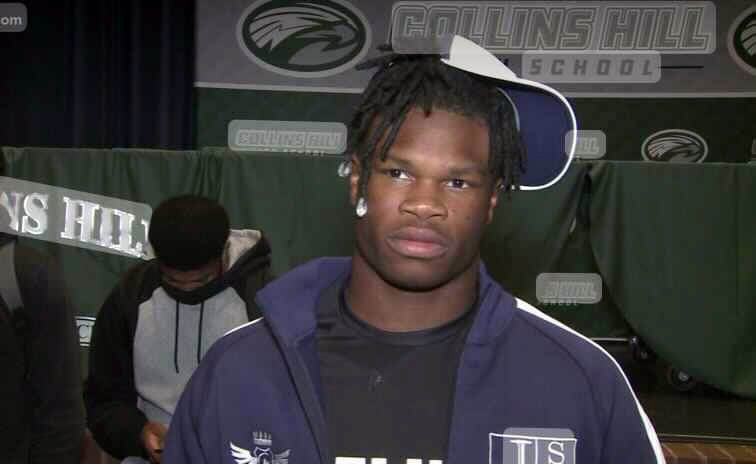 Travis Hunter signed with Jackson State University (Miss.), sending the nation’s No. 1-ranked high school football recruit to an HBCU for the first time ever.

The five-star prospect was committed since March 2020 to Florida State which is the school he grew up rooting for, but changed his mind after a recruiting pitch by Deion Sanders.

“Florida State has always been a beacon for me,” Hunter wrote in a commitment post. “I grew up down there, that’s where my roots are, and I never doubted that I would play for the Seminoles. It’s a dream that is hard to let go of, but sometimes we are called to step into a bigger future than the one we imagined for ourselves. For me, that future is at Jackson State University”