After five seasons, the finale episode of Insecure delivered – ultimately bringing to completion all the entanglements along the way, celebrating friendships, successes and neatly tying up the lives of Issa and her friends in a full circle. 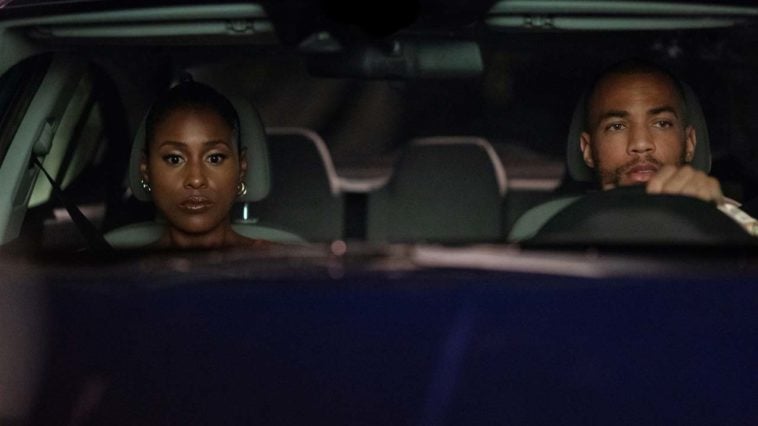 293 Views
Comments Off on The Insecure Finale Delivers For Fans In A Celebration Of Friendship, Love & Career Success

Throughout the years, Issa has been in a constant merry-go-round with her on again off again ex-boyfriend Lawrence as well as her current ex-boyfriend Nathan. Now with the success of her growing company, The Blocc, Issa is only missing out on one thing – the man of her dreams.

Once Nathan & Issa break up in the beginning of the show due to Lawrence taking a chance in telling her how he felt, Issa finds herself in a hard but better place to identify what it is she truly wants.

Issa throws her longtime bestie, Molly, a small intimate party for her birthday with the help of Molly’s boyfriend/coworker Taurean, along with their best friends Tiffany – who recently moved to Denver – and Kelli. Molly’s mother recently suffered a stroke but has been doing better these days and is there alongside Molly’s father to celebrate her birthday.

Later, Issa’s friends and family throw her a surprise party at The Blocc.  Everyone donates money to her company as a way of showing love. Nathan surprisingly stops by and drops off a donation. As Nathan and Issa talk, they both realize they were really just in each other’s way of happiness. As much as fans all thought we wanted them back together, this relationship just wasn’t in the cards.

The girls take a trip to Denver to celebrate Tiffany’s birthday. Tiffany admits to them that she hates Denver and misses her best friends more than anything. When Molly notices Issa’s emotions as she looks at a picture of Lawrence, Molly asks Issa what she would’ve said to Lawrence if Nathan hadn’t interrupted – the burning question fans have all been waiting for.  Issa responds nonchalantly that she doesn’t know. Molly urges Issa that it’s never too late to go after what she wants.  At that same moment, Molly gets a call that her mother has passed away.

Meanwhile, as Lawrence is celebrating his birthday, he gets a surprise call from Issa.  She admits that she has been giving her feelings about him some thought and wants to take him to dinner. Lawrence declines as he has other plans.

With a new date on her arm named Nasir, Issa shows up for Kelli’s birthday along with the girls. Kelli makes an announcement that she is pregnant. We can see that Issa is happy for Kelli but she sees life-changing around her and appears regretful that she’s not going after what she wants. Lawrence calls while she is with her new date, but she declines the call.

We see a year has passed because Issa is calling Molly to wish her a happy birthday. Molly admits that it’s hard with her mother not being there to celebrate her birthdays. We see that Kelli finally caved and is now working at the firm with Molly and we love to see it.

Lawrence stops by The Blocc to visit Issa. As their discussion deepens, Issa speaks volumes about never giving up and always following through. She realized that believing in herself is what made it all work out.  This was also Issa’s way of agreeing to give their relationship a real chance to work out.

One year later, Molly married Taurean. From the beginning, this is what her mother wanted for her through all of the seasons of Insecure – for her to settle down, meet someone, and get married. Issa and Molly have a heart-to-heart and agree that they can get through anything in life as long as they are by each other’s side. This is monumental to their friendship because there was a time when fans weren’t sure if their friendship would survive all the drama.

As the show wraps, Issa takes her to ride home from work and soaks in all the memories of Insecure, old jobs, and places that got her to where she is now in this final episode.  As she pulls up to her beautiful home on her birthday, we see Lawrence and his son Jah making her a cake for her birthday. Issa takes one last look in the mirror and then gets a call from Molly from Greece to wish her a happy birthday.

This was a full-circle moment for everyone. We see Issa finally claim what she wants and learn to be happy. She’s doing big things with her company and relationships. As we are sad to see Insecure go, we are happy to see that her love story, friendships, and career prevailed through it all.

Cheers to the finale.