Many of our hip-hop icons passed away in 2021. Before the year closes our, we want to salute their impact. 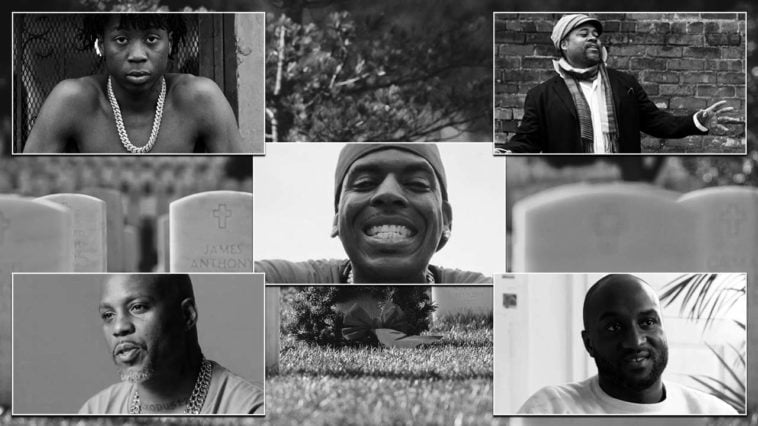 Prince Markie Dee, was 1/3 of the legendary 80’s group The Fat Boys. Dee went on to become a songwriter, producer, actor, and radio personality. Markie died one day before his 53rd birthday from congestive heart failure.

DMX began rapping in the early 1990s and released his debut album It’s Dark and Hell Is Hot in 1998, to both critical acclaim and commercial success, selling 251,000 copies within its first week of release. DMX died from a cocaine induced heart attack.

Black Rob, was signed to Bad Boy Records. He was best known for his 2000 single “Whoa!”, which peaked at number 43 on the Billboard Hot 100.

Shock G aka Humpty Hump, was best known as the lead vocalist of the hip hop group Digital Underground.

Lil Loaded, repped Dallas, Texas. He rose to fame in mid-2019 after his song “6locc 6a6y” went viral. Loaded committed suicide, shooting himself in the head with a gunshot.

Michael Kenneth Williams, most known as Omar Little on the HBO drama series The Wire from 2002 to 2008 and Albert “Chalky” White on the HBO series Boardwalk Empire from 2010 to 2014. Williams died of a combination of fentanyl, p-fluorofentanyl, heroin and cocaine, and ruled the death by overdose.

Major rapper on the Memphis scene, Young Dolph released his debut studio album King of Memphis in 2016. He was murdered in his hometown of Memphis outside of Makeda’s Butter Cookies buying cookies.

Virgil Abloh was an iconic black designer who was also the creative and artistic director at Louis Vuitton over their menswear collection. Virgil recently died of cancer and was buried in Chicago.

Greg Tate was an writer covering Hip-Hop culture for publications such as The Village Voice and Rolling Stone.