Judge Ural D. Glanville presided over Young Thug’s bond hearing and became a topic of conversation on social media. SOHH, here are some things you might not have known about the Fulton County jurist. 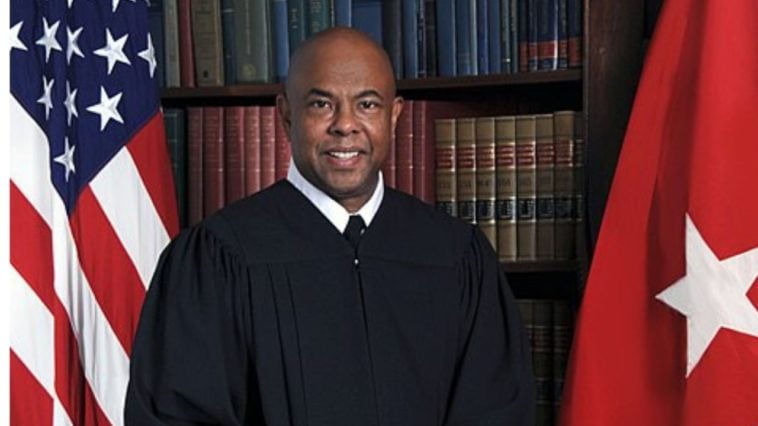 193 Views
Comments Off on Who Is The Judge That DENIED Young Thug & Gunna’s Bond? What You May Not Know About Justice Ural Glanville

Judge Ural D. Glanville is a judge for the Fulton County Superior Court’s 5th judicial district in Georgia.  During Young Thug’s bond hearing, viewers commented the judge appeared to show a bias in favor of the state’s prosecutors in the case and against Young Thug’s attorneys.

Judge Glanville was elected to the bench in 2004. The jurist began his judicial career as a judge for the Fulton County Magistrate court in 1995. He is also a Brigadier General in the United States Army Reserve, serving as the Chief Judge of the U.S. Army Court of Criminal Appeals. Glanville works in both the private and public sectors and has extensive accolades to his credit, including high-level judicial assignments, superior educational degrees and top professional experience including Brigadier General, Chief Judge (IMA) United States Army Court of Criminal Appeals.

Is This Your Man?

The honorable Judge Ural D. Glanville is a well-accomplished individual and an example for many young black men growing up in America. He is also a patriot and a stellar representation of the United States armed forces.

But the question is: Who is Judge Glanville to the culture?  Has he been a friend and ally to the struggle of marginalized communities? Has his public service benefited the community that produced him?

So far, many have a somewhat negative view of the judge who did not appear to be swayed by testimonies in support of Young Thug’s from music executive Kevin Liles and 15-year-old raptivist Corey Jackson.

Many rushed to share their opinion on the Fulton County judge on social media. On Twitter, one user identified as @MissIndepndnt1 surely disapproved of the judge’s behavior in court Thursday and was not shy about telling the world how she felt about him. She tweeted, “Judge Ural Glanville….smh how he sleep at night. Is just horrible. He said

your bail money, we rich in GA.”

Another user on Twitter identified as @whywhy251 felt the judge may be an “opp” to the culture tweeting, “That judge Glanville really one of them.”

Only time will tell if the judge will offer a fair and unbiased courtroom experience for the indicted members of YSL.   The next hearing in the case is scheduled for mid-August.