JAY-Z had the internet in flames after his comments in a Twitter Spaces room that no one can see him in a Verzuz battle.  Fans overwhelmingly believe that Lil Wayne has the best shot at JAY-Z’s throne. 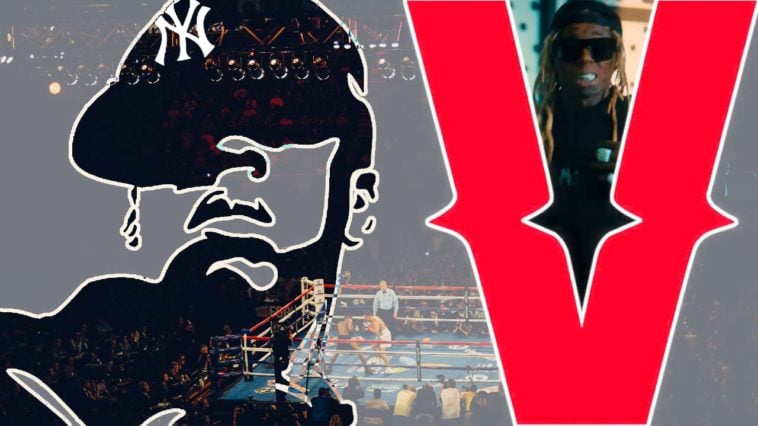 169 Views
Comments Off on Will Jay-Z Defend His Throne? 56% Of Hip-Hop Fans Say Lil Wayne Is A Solid Contender.

Despite JAY-Z’s confident declaration of his unbeatable status and the fact that he is the most decorated rapper in history, fans (and fellow rappers) are throwing out some possible contenders. One of the most common names that people argue can see Hov on the stage is Lil Wayne.

Rapper Lupe Fiasco took to Twitter to give his opinion on the matter. “JAY-Z vs Lil Wayne in the most neutral place crowd wise which is Las Vegas…15 Rounds. I’d watch..Lupe out”

Contrastly, Griselda’s Benny The Butcher took to his Instagram to defend JAY-Z’s standing. “Hov really would bury n*ggas in a a verzuz battle. No living rapper have songs that capture the mood and impact as Jay he is my favorite rapper so im biased lol.”

Future let it be known previously on Twitter that he is bigger than JAY-Z in the streets. The Atlanta rapper also reposted to his Instagram Story saying “I promise you errybody from Atlanta feels like Pluto can win a Verzyz against Hov”

SOHH.com conducted our own poll of our 590,000 Youtube followers and Twitter channels to gauge what the people have to say on the matter of who could stand on the stage with JAY-Z – specifically, Lil Wayne.

Overwhelmingly, on whether Lil Wayne is a worthy contender against JAY-Z,  the majority agreed that Wayne could share the stage with Hov. On Twitter, 56% of respondents believe that Lil Wayne can see JAY-Z in a Verzuz. On YouTube, 57% of respondents vouched for Lil Wayne.

JAY-Z, a man of few Tweets, has not responded to any of the hoopla, leaving fans to wonder if he will ever defend his throne.

We recently reported on JAY-Z’s claim of having no competition in a Verzuz and he has strong stats to back it up.

JAY-Z’s massive discography makes him a formidable foe – based upon measures including #1 Billboard charted songs, Grammy nominations, and album sales.  With over 125 million records sold, JAY-Z has won 23 Grammy Awards, the most by a rapper, and holds the record for the most number-one albums by a solo artist on the Billboard 200.

Additionally, in the same Twitter Space where Jay claimed he has no competition, he anointed Beyonce as the next-level Michael Jackson.

JAY-Z compared Beyonce to the King of Pop, Michael Jackson, suggesting that she had achieved heights that Jackson hadn’t reached, saying “Beys going to be mad at me for saying this but Michael Jackson ain’t never had Coachella.