Rappers Young Thug and Gunna were two of 28 people indicted Monday in Georgia on conspiracy to violate the state’s RICO act along with street gang charges.  Locals are saying the crackdown has been a long-time coming. 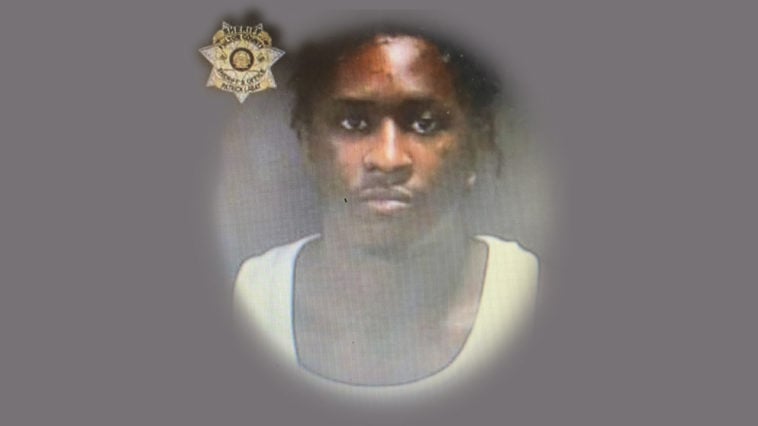 On Monday, Young Thug, real name Jeffrey Lamar Williams, was arrested at his home in Buckhead, an Atlanta neighborhood just north of downtown. He is being held at the Fulton County Jail. Atlanta rapper Gunna, real name Sergio Kitchens, known as Gunna, is accused of conspiracy to violate the state’s RICO act and has also been arrested.

According to court documents, Young Thug was the founder and leader of the enterprise Young Slim Life (“YSL”) and Gunna was an associate.  The affidavit stated that “the defendants conspired to associate together and with others for the common purposes of illegally obtaining money and property through a pattern of racketeering activity and conducting and participating in the enterprise through a pattern of racketeering activity.”

Thug, Gunna, and a total of 28 “co-conspirators” were alleged to also have engaged in racketeering activity including murder, assault, and threats of violence with the goal of “preserving, protecting and enhancing the reputation, power, and territory of the enterprise.  YSL is also accused of using rap music as well as social media posts, images, and messages to promote their reputation, intimidate and exert power.

Young Thug’s organization is said to have maintained “armed individuals read and willing to preserve, protect and enhance the reputation, power and territory of the enterprise through the use of violence” and engage in “witness intimidation and attacks upon law enforcement officers.”  The racketeering charges also extend to how they made their money – cited as “robbery, theft and the unlawful sale and distribution of drugs.”

Young Thug will make his first court appearance this morning.

The news on social media was announced by WSBTV journalist Michael Seiden on Twitter. He tweeted at 9:30 pm on May 9th, “BREAKING: Rappers @youngthug ,@1GunnaGunna among 28 defendants charged in 56 count indictment in Fulton County. My colleague @MarkWinneWSB & I have exclusive details. @wsbtv”

Fans immediately reacted with one user identified as @ObeyTheBoss___ felt the indictment may help the music careers of the hip hop artists involved. He tweeted, “Young Thug’s & Gunna’s music stream viewership has shot up by 100x since the announcement of their arrest. People only support you when you’re no longer here. Smh.”

Another user on Twitter-based locally in the Atlanta area said that Young Thug’s reputation as a gang leader precedes his hip-hop career and referred to a run-in with Lil Wayne.  @MsAsh_Renee tweeted,

“I hate to break it to some of yall and the conspiracy against hip hop yall think is happening here..but Young Thug is not just a rapper caught up lol. His intro to us was shooting at Lil Wayne tour bus and everybody including Wayne knew he did it. The stories been there about him”.

Many in the Atlanta area are aware of the local gang activity. When Young Thug’s son’s mother was killed at an Atlanta bowling alley, many assumed that her murder was involved with the gang ties of Thug.  But police later ruled the death as totally unrelated.