Today, Brittney Griner’s trial was adjourned for 11 days and will resume on July 26 after her defense team asked the Moscow court for more time to prepare. 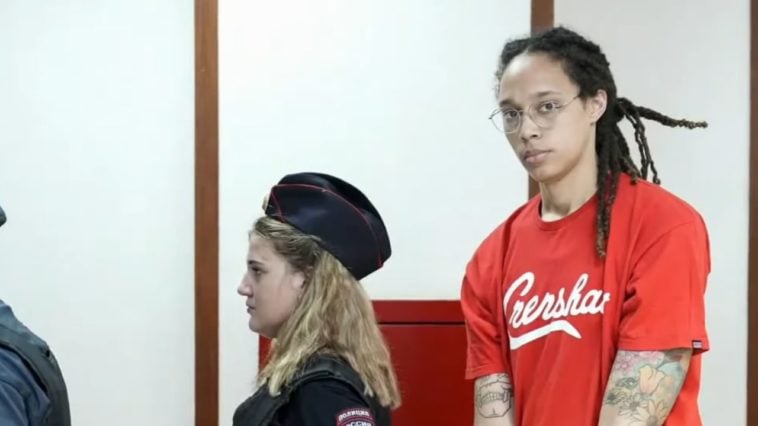 According to NBC News, Alexander Boikov, Griner’s lawyer, had told reporters at one point Griner had admitted that the vape canisters were hers but had unintentionally brought them to Russia.

Griner’s defense team submitted more documents to the court. These included 20 character references from varying charities and sporting organizations and medical records purporting to show Griner had a history of injuries resulting in severe chronic pain.

Lawyers also submitted a document granting permission to use cannabis for medical purposes to treat the severe chronic pain that Arizona’s Department of Health issued, and the player’s doping test results. All of the tests were negative.

One of Griner’s lawyers, Maria Blagovolina, had said in a statement after the hearing, “Among the medical documents is a doctor’s appointment for the substance that Britney Griner inadvertently left among her belongings when crossing the border.”

Elizabeth Rood, the Charge d’Affaires of the U.S. Embassy in Moscow, said in a statement following the hearing, “It became clear in the past few days that there’s a tremendous amount of respect and admiration for Brittney’s character and integrity both in Russia and in the U.S. and we reaffirm our commitment to bring back home Brittney and all the American citizens detained abroad.”

When talking to the media, Boikov informed them Griner was tired, and she had seen some of her teammates at Ural Mining and Metallurgical Company Ekaterinburg, the Russian basketball club Griner played with during the WNBA offseason, for the first time in months at the hearing on Thursday.

Maxim Ryabkov, director of UMMC, referred to Griner as “an outstanding player” and a responsible person when he testified Thursday. UMMC teammate Evgenia Belyakova also testified, saying Griner was “a true leader” and role model along with Griner’s contribution to Russian basketball was “invaluable.”

The Kremlin declined to comment Thursday on speculation over whether Griner could be swapped for a convicted Russian arms dealer Viktor Bout, who is serving a 25-year prison sentence in the U.S., Reuters reported.

The two-time US Olympic basketball gold medalist Brittney Griner has pleaded guilty to drug charges in a Russian court. Griner’s lawyers confirmed this to CNN on Thursday, July 7.

Griner faces up to 10 years in prison if convicted. She was arrested in February at a Moscow airport after Russian officials allegedly found cannabis oil in her luggage. Since then, she’s been held in Russia on drug smuggling charges.