After a 3-day trial, Lousianna rapper NBA YoungBoy has been found not guilty in a Los Angeles gun case. 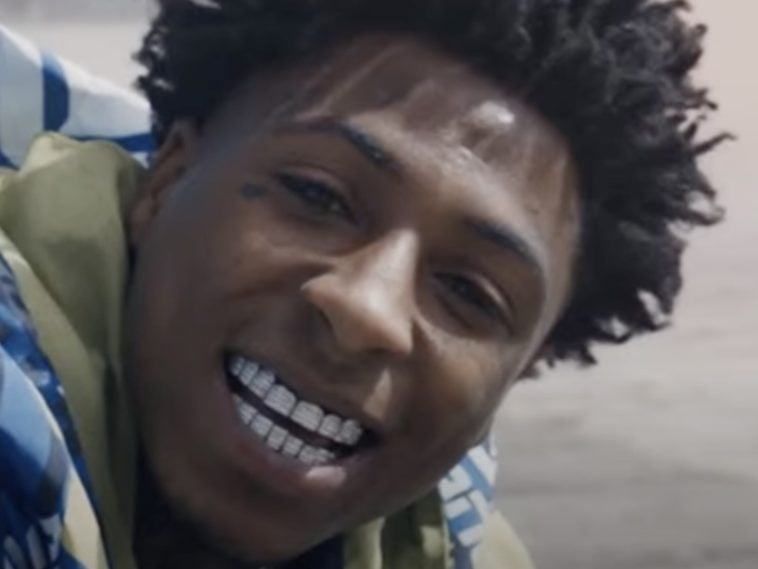 According to reports, Kentrell Gaulden, also known as NBA YoungBoy, is walking away a free man.

Furthermore, a jury of seven women and five men found the  “All In” rapper  not guilty for previous charges of possession of an illegal firearm, after a loaded gun was found in his car a year ago.

The US attorney’s office claimed although “disappointed” with the jury’s verdict, they “respect” the outcome, telling reporters:

“We believe the evidence presented in this case supported the charges brought by the grand jury. While we are disappointed with the verdict, we respect the jury’s decision.”

NBA YoungBoy Grateful For The Verdict

Reports claimed that Gaulden jumped for joy as the verdict was read during the time of the ruling.

Later telling Rolling Stone how “great” he was feeling as he hugged his legal team in “relief” of the trial finally coming to an end.

A few days before the verdict, the Louisiana-born rapper experienced a small victory as the judge ruled to exclude the use of his rap lyrics as evidence.

YoungBoy and his defense team successfully blocked the request and argued that the lyrics were irrelevant and could interfere with the rapper’s right to a fair trial, as reported by Rolling Stone.

“These lyrics are highly prejudicial as they discuss hardcore rap which has been empirically established to be more negatively received than other genres of music. It would be one thing if the music described this arrest. But a song referencing a similar gun well before the gun in the indictment was purchased and another song referencing a jeweler whose relationship with Mr. Gaulden is not in dispute offer very minimal probative value and are substantially outweighed by the prejudice contained within the words of the songs.”

Behind The Lyrics That Nabbed Young Thug, Gunna & YSL

With this recent victory, we’re hoping Young Thug and Gunna get in touch with YoungBoy’s legal team.

The recent  88-page RICO indictment against rappers Young Thug and Gunna’s “YSL” gang contains song lyrics being used to prosecute them and dozens of alleged associates.