Cordae just dropped the tracklist for his upcoming album “From a Bird’s Eye View” and he is not playing. The Maryland rapper is gearing up to have one of the best albums of the year so far. 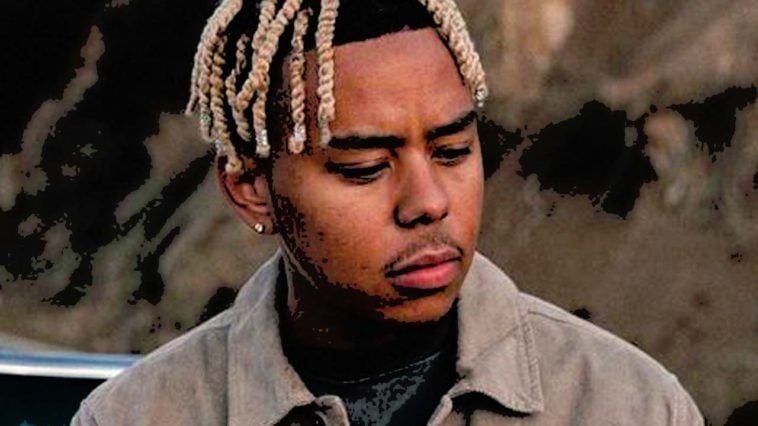 “From A Bird’s Eye View” (FABEV) comes two full years following the release of his Grammy-nominated debut album, The Lost Boy. Cordae faces a lot of industry pressure to follow through with a strong sophomore offering and it looks like he might deliver.

FABEV is solid with guaranteed hitmakers on deck including Lil Wayne, H.E.R, Nas and Stevie Wonder.  Other guest appearances on the album include Gunna, who just released his own album DS4, Lil Durk, and Freddie Gibbs. Cordae recruited Nas, Freddie Gibbs, and Stevie Wonder for the song “Champagne Glasses,” one of the album’s most anticipated records for sure.

One week before the release of the FABEV album, Cordae warms up with an explosive freestyle over Kendrick Lamar’s The Heart Part 4. In the video for “FABEV Freestyle,” the North Carolina MC strolls the streets of Paris and hits the studio with Yasiin Bey while reflecting on the next chapter of his career. He also declares himself the “best rapper under 25.”

Besides preparing for his anticipated sophomore release, Cordae was out spreading holiday cheer with other celebrities in NY.

​​Kids affected by the criminal justice system went on a special Brooklyn Fanatics shopping spree followed by a 40/40 Club private dinner and suite access to the game against the Orlando Magic. Nets player Blake Griffin, rap artists Meek Mill and Cordae were also there for the fun.