Timbaland and Swizz Beatz are on top of the world right now because Verzuz via Triller is set to become a publicly-traded company on the stock market. This new group of investors who are mostly creatives would make this venture historic. 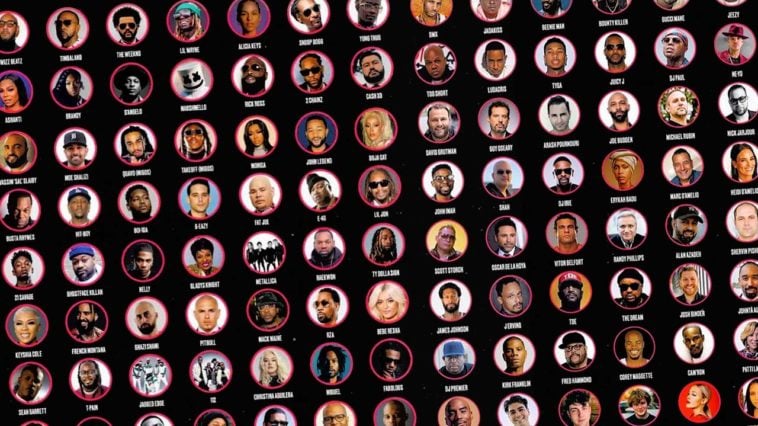 199 Views
Comments Off on Swizz Beats & Timbaland Are Taking Triller Public With Over 120 Celebrities As Initial Shareholders. Here’s How To Get Your Shares

Swizz and Timbo shared a graphic on Instagram containing pictures of many of the shareholders. The group, which is being billed as the “biggest creative IPO of all time,” includes artists who have participated in Verzuz events and several others who haven’t.

Swizz celebrated the huge news on Instagram. “By the artist for the artist with the people. It’s always been our dream to go Big with the creatives. This will be the Biggest creative IPO in History !!!!! You’ve never seen this many creatives part of the Bigger picture! But now it’s a new day we will see you all at the BELL.”

Known as TrillerVerz, the new company will be listed on the NASDAQ under the ticker symbol “ILLR” and be valued at around $5 billion according to TheStreet.com.  The deal is expected to close in the first quarter of 2022 after board approval, making shares immediately available to the public.  Shares may be purchased using any NASDAQ trading desk.

Both Swizz and Timbo were named among the 100 “most influential people” of 2021 by Time Magazine, thanks to their Verzuz success.

The 100 Most Influential People of 2021 recipients were celebrated for their creation of VERZUZ. The concept for VERZUZ began in 2017 between Just Blaze and Swizz Beatz but did not reappear until 2020 during the pandemic. Verzuz showcases two participants, usually Hip-Hop or R&B, and lasts for 20 rounds.

Verzuz has captured the most epic battles in Hip-Hop in decades, bringing the rap battle artform to the new era and reviving the careers of faded superstars.

Most notably, Jadakiss and The Lox reclaimed their Hip-Hop dominance when they took down Dipset, introducing them to a new generation of fans and increasing their brand cache.  Similarly, Ashanti has seen a resurgence in interest in her catalogue since her Verzuz with Keisha Cole.  The “Foolish” singer has been headlining tours, lending her voice to features and is re-releasing her debut hit album, Ashanti, as an independent artist.