Dave Chappelle was attacked on stage by a man who was later identified as Isaiah Lee. The attacker ran up and tackled the legendary comedian during a performance at the Hollywood Bowl in Los Angeles.  Lee has been charged with the crime but Chappelle and lawyers requested felony charges instead of a misdemeanor.  The LA County District Attorney responded to their requests. 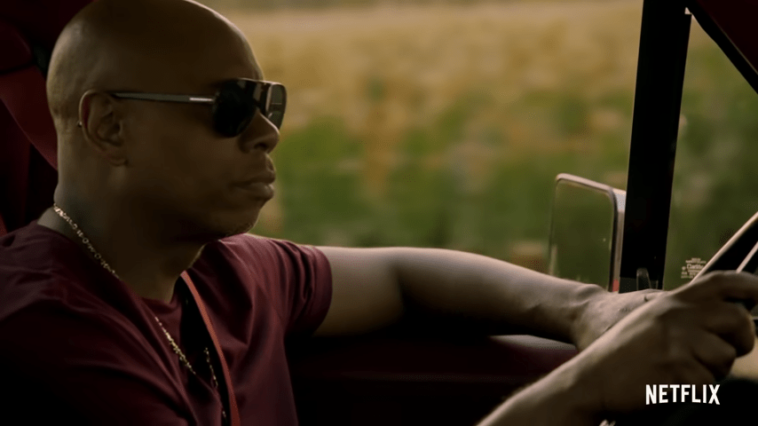 264 Views
Comments Off on Dave Chappelle’s Attacker Gets Off Light, Event Security Firm Blasted For History Of Negligence

After being attacked on stage while performing in Los Angeles last week, Dave Chappelle is upset after hearing the attacker is only being charged with a misdemeanor.

The legendary comedian and his lawyer, Gabriel Colwell, requested that Los Angeles County District Attorney George Gascón change the decision and charge the man who ran on stage with a felony.

Gascón responded in a speech on Tuesday, saying: “We have city prosecutors that handle misdemeanors, they have the jurisdiction. Mr. Chappelle’s case was reviewed by one of our deputies in our filing team and she made the right decision when she determined that the conduct in this particular case was misdemeanor conduct.”

Chappelle wasn’t physically injured and Lee was considered unarmed since the blade was folded during the attack, the DA concluded.

“[Mr. Lee’s] behavior under California law did not, and I repeat, did not amount to felony conduct.” Prosecutors also investigated if Lee had been stalking Chappelle. They concluded that he was not.

Comedian Tehran Von Ghasri told TMZ that he saw Dave Chappelle‘s attacker sneak into his area at the Hollywood Bowl and asserted that the security company that was hired for the show ‘shrugged off’ the warning’ that the attacker jumped over a barrier to get inside the festival.

The security company, Contemporary Services Corporation (CSC), was also in charge of last November’s Astroworld Festival where 10 people were trampled to death, and also was responsible for security at the 2017 Las Vegas Country Music Festival where 59 people were gunned down. The event remains the deadliest mass shooting in American history.

On Twitter, CSC is facing backlash. One user identified as @SicilianoJoey tweeted, “the security company that has failed at multiple events to protect innocent citizens probably has been more of a threat and liability in the last 10 years than young thug, just saying.”

The man who attacked Dave Chappelle at a comedy show held by Netflix pleaded not guilty to four different misdemeanor charges.

Isaiah Lee, 23, who was initially booked on suspicion of assault with a deadly weapon, remains jailed in lieu of $30,000 bail.

If he manages to post bail and is released, he is ordered to remain at least 100 yards away from Chappelle and the Hollywood Bowl.

His next court date is scheduled for May 20th. Lee appeared in court with his right arm in a sling — after he was quickly and forcefully detained by security and Chappelle’s entourage for the attack on stage on the legendary comedian. If convicted of all counts, Lee could face up to 18 months in county jail and/or up to $4,000 in fines, according to the City Attorney’s Office.

The Los Angeles Police Department confirmed the incident, stating that the man had a fake gun that produced a real knife blade when discharged properly.

Lee was in the audience, then jumped on stage and attacked Chappelle right before he was about to exit.

The comedian was performing during the fourth night of the “Dave Chappelle and Friends” show, which was part of the Netflix Is A Joke Festival.

Jamie Foxx joined Dave on stage immediately after the ordeal to recap the incident. In a video that surfaced on social media,  Foxx told Chappelle, “n***a I thought that was a part of the show.” Jamie went on to say, “We have to protect [Chappelle] at all times. We not gon let nothing happen to you”

Dave went on to joke about what happened. He stated to the crowd, “I’ve been doing this 35 years, I just stomped a n***a backstage, I always wanted to do that.”