After back-to-back weeks of multiple drops, this week is to catch a breather. It may not be as much as we’ve had since last summer, but we still got bangers here. 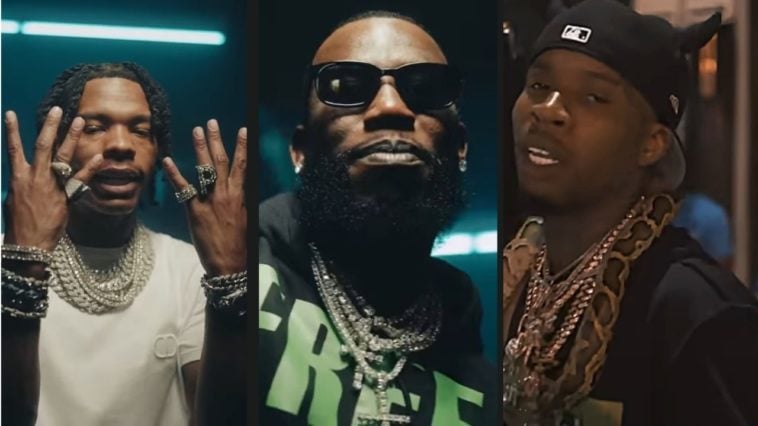 249 Views
Comments Off on DJ Drama The Forever Kid, Calvin Harris On New Money, EarthGang With The Deluxe Album

One thing stayed steady: Deluxe albums. This time from EARTHGANG and French Montana. We also have feature drops by Gucci Mane, Tory Lanez, and Calvin Harris.

EARTHGANG is slowly but coming back to relevance. After dropping the original Ghetto Gods album in February, the duo decided it required a bit of spice: they added remixes of songs on the album, with features by Wiz Khalifa, Smino, Blxckie, Avatar, and Curren$y.

Give it a listen, and let us know what you think.

Calvin Harris’ next album is gearing up to be a classic with many A-list artists who will also feature on it.

“New Money,” featuring 21 Savage, is a collab that fits an elite DJ and producer with a top rapper who can slide all over the track effortlessly.

This is a pleasure to listen to, an absolute bliss from the trap G.O.A.T. This new addition to Gucci’s enviable collection of bangers is a must-listen.

With “Forever”, DJ Drama shows he still has a finger on the pulse of the streets.

He also lets us know that he is not going anywhere with an opening line that needed no explanation: “We will be here forever.”

Furthermore, dropping truths and wordplay is their stock-in-trade. They were in their cups, taking liberties and dropping references to the culture and the things we enjoy.

French Montana and Harry Fraud surround themselves with a cast of characters ranging from Rick Ross, Babyface Ray, Jadakiss & Benny The Butcher.