Dr. Dre donated $10 million toward a new $200-million campus for Compton High School. A performing arts center will be named after the producer/rapper and new upgrades will be added as well.  This will be the second educational establishment to carry Andre Young’s name. 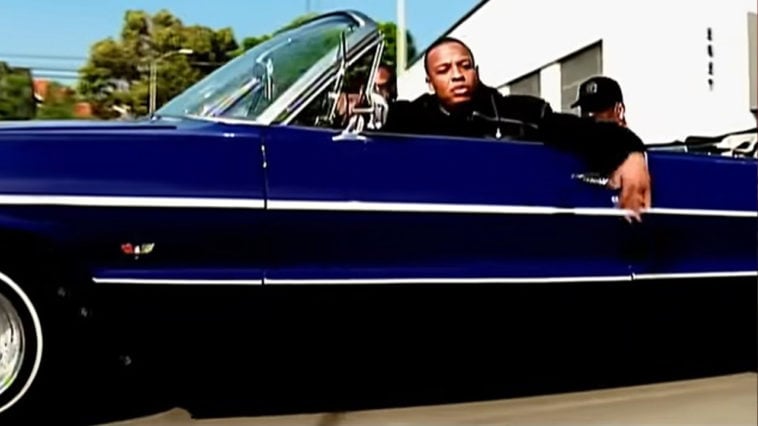 193 Views
Comments Off on Dr. Dre Drops $10 Million To Get His Name On Another School

This past weekend, Dr. Dre donated $10 million toward a new $200-million campus for Compton High School, according to the Los Angeles Times.  This donation will mark the second time Andre Young’s name will adorn a school, after his $70 million donation to USC in 2013.

“I was an artistic kid in school with no outlet for it. I knew I had something special to offer to the world” said Dre at Saturday’s ceremony, as reported by the newspaper. “But with nothing to support my gift, schools left me feeling unseen. This city is special, and [the] young people living in it are special.”

“I am looking forward to seeing this tremendous vision break ground and am so thankful to Mr. Young, who has done Compton proud,” said Compton Unified Board President Satra Zurita. “He is firmly planting a legacy of opportunity for our students!”

Superintendent Darin Brawley added, “I am  grateful to Mr. Young, not only for making such [a] contribution to our District and its students, but also for seeing our students as valuable… as having potential and deserving of opportunity.”

The facility currently seats over 900 guests and the new campus for the 126-year-old school will serve up to 1,800 students. Upgrades include a new gym, an aquatics center, a football stadium, and a track, with the new campus expected to open in early 2025.

Biggest Superbowl Moments For The Culture

Back in 2013, Aftermath Records head Dr. Dre and Interscope CEO Jimmy Iovine proved they are worthy of making Forbes‘ list on a yearly basis by throwing down a combined $70 million for a good cause.

According to reports, the music moguls’ enormous donation is to help create a new institute at the University of Southern California.

The huge gift from the two, who have been longtime music business partners, will be used to create the Jimmy Iovine and Andre Young Academy for Arts, Technology and the Business of Innovation. The academy will provide a special four-year program for undergraduates whose interests span several fields from marketing to computer science to visual design and other arts.