Eminem shared a clip of an upcoming documentary on the life of Death Row founder and legendary rapper, The D.O.C. 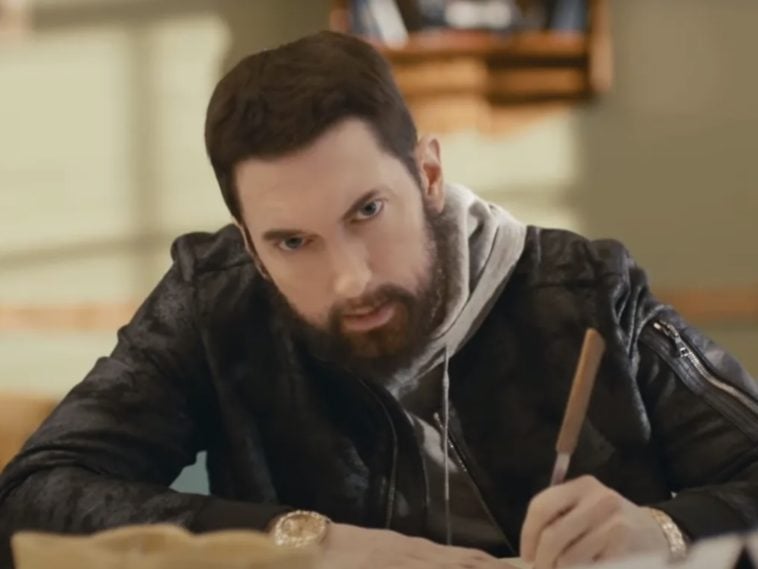 This week at the Tribeca Film Festival, the new documentary on the D.O.C. titled, “The DOC” debuted.

Long-time D.O.C. “stan” and hip hop legend Eminem shared a clip of the documentary where he finally gets to ask the west coast legend about his complicated rhyme scheme.

The DOC will illustrate the Death Row Records co-founder who mentored Snoop Dogg, wrote for Dr. Dre and NWA, and released his classic debut album No One Can Do It Better in 1989. The documentary also dives deep into the past 30 years after being in a life-altering car accident that damaged his voice.

Erykah Badu announced that she would be the executive producer of the documentary. The “Call Tyrone” soulful singer shares a daughter — 17-year-old Puma Curry — with The D.O.C.

She took to Instagram to offer positive words to the D.O.C. by posting a photo of a flyer for the Tribeca film festival’s premiere of the film. The caption read:

“On your birthday too! Wishing you the most relaxed day ever . ☀️🤲🏾🌱Congrats on your film debut tonight at @tribeca . I am honored to be a part of your beautiful journey. Knock ‘em out!!!!!! — BARRDU”

The D.O.C. can be seen below her comment responding,

“Thank you so much Badu. Love you.”

Many people on social media were unaware that the two ’90s legends shared a child together. One user on Twitter identified as @AnkhDeLillo had more questions about their relationship. She tweeted:

“How was The D.O.C. in a relationship with Erykah Badu and never started wearing cardigans or bigass wool hats? Hoping the new documentary will address this urgent question”

It is always refreshing to see healthy black co-parenting.

D.O.C wasn’t the only rapper highlighted at the Tribeca film festival this year. Lil Baby’s highly-anticipated documentary, “Untrapped: The Story of Lil Baby,” not only had a successful premiere at the Tribeca Film Festival but is now making its way to Amazon Prime Video.