R&B singer Ne-Yo brought the crowd to their feet during his performance to promote his new album, Self-Explanatory, at the City Winery in NYC last night. 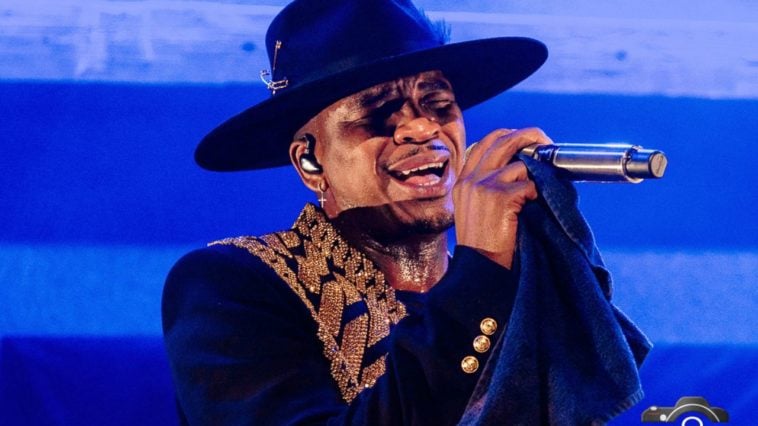 SOHH got a chance to attend an exclusive album release party for Ne-Yo’s newly released album “Self Explanatory.”

The legendary “In My Own Words” artist wore an all-black and gold ensemble and was accompanied by four of his female dancers who gave a vibrant performance at his album release party to promote his new album “Self Explanatory” currently streaming on all platforms.

He also performed some of his new material bringing out LA Based artist Zae France to perform the first single on the album “Layin’ Low.”

Later in the evening, Ne-Yo surprised the crowd with special guest Fabulous to perform their hit single “Make Me Better.”

One of the most exciting moments of the evening came with him preparing to perform his single “ Don’t Love Me” which is dedicated to his wife:

“I wrote this song as a letter to her basically telling her at the time that I didn’t feel like I could be the man she deserved, I thank god she didn’t leave because we wouldn’t be together.”

Neyo’s onstage presence was light-hearted and down-to-earth, where he even had the crowd laughing in between his set. He also kept the audience engaged by joking about someone scrolling on Instagram during the performance.

The artist was in great spirits and showed much excitement about making new music. This album follows four years after his 2018 “Good Man” debut.

Make sure you download Self-Explanatory streaming on all platforms today.

Black And In Love

Singer Ne-Yo and his wife Crystal Renay got re-married in Las Vegas in an attempt to give the relationship a second chance.

The marriage almost ended in 2020 when the “Miss Independent” singer filed for divorce but then, later on, had second thoughts and decided not to proceed in the process.