Marcy Houses, the public housing development where Jay-Z grew up, has expressed annoyance, criticism, and skepticism at Carter’s latest venture, the Bitcoin Academy. Critics say that Carter’s latest project shows how out of touch he is with the actual needs of the Marcy Houses. 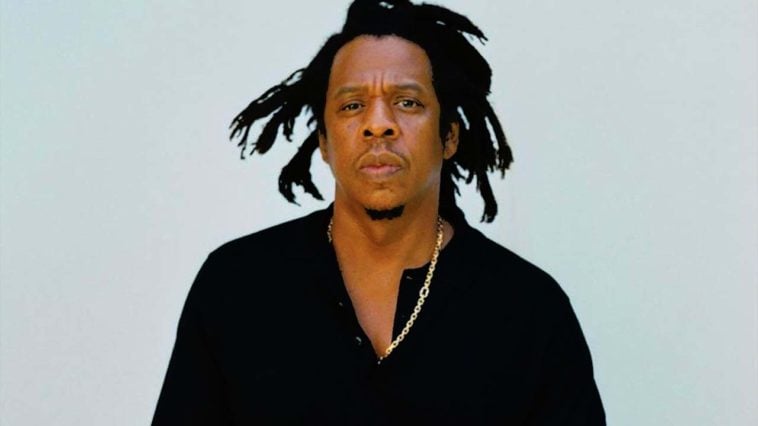 Marcy Houses, the 28-acre public housing development in Brooklyn’s Bedford-Stuyvesant neighborhood, has been part of Jay-Z’s background since he grew up. Now a billionaire, Jay-Z has made it clear that he will not abandon his roots.

The residents of the Marcy Houses expressed annoyance, criticism, and skepticism at Carter’s latest venture, the Bitcoin Academy, a series of free “financial literacy” courses offered exclusively to Marcy tenants this summer.

The Guardian reported that as bitcoin markets hit a near all-time low, few residents were aware of the cryptocurrency classes that were supposed to begin this week, a project sponsored by HOV’s friend/crypto promoter Jack Dorsey, the founder of Twitter.

Some of the flyers advertising the course appear to have been dumped on the floor of buildings.

58-year-old retiree Myra Raspberry said she had seen news reports about bitcoin’s crash and was not interested in participating in the course.

“It’s kind of late to be doing that when people are trying to hold on to their dollars and everything is so expensive. People don’t want to be investing money knowing that they might have a chance of losing it.”

“Every dime I get got to go to rent, phone, TV and internet. I don’t have money like that to be losing. If I did, I would try to invest in something that’s more reliable, like the basketball game last night. You know I’m going to win something from that,” she added. “People looking to make money, not lose it.”

The 12-week Bitcoin Academy course will be instructed by Lamar Wilson, who runs the website “Black Bitcoin Billionaire,” and Najah J. Roberts, the founder, and CEO of a brick-and-mortar crypto school in California called Crypto Blockchain Plug.

“The simple goal is to provide people tools to build independence for themselves and then the communities around them,” Carter tweeted, calling the course at Marcy “hopefully the first of many”.

A spokesperson from the Bitcoin Academy stated  participants will receive a free mobile hotspot device and a smartphone with a data plan, as partake in  lectures on topics including “What is money,” “What is blockchain,” and “How not to get scammed.”

The academy has plans to give students a small amount of bitcoin worth around $20-$25 once they learn to set up their digital wallets.

The spokesperson also said an open house event at Marcy that took place over the weekend drew a crowd of mostly seniors and young people.

Nyashia Figueroa, a 24-year-old resident of Brooklyn’s Marcy Houses, says Jay-Z has lost touch with the community as the Bitcoin Academy was viewed as unhelpful to residents.

“Half the people that’s going to go to that class, probably just going to go to the class for the $25 that you get. The other half of the people, they’ll probably take what they learn and forget it down the line,” Figueroa said. “If you want to do something, fix this place up. We have a basketball court with no hoops. Our parks is broken up in here. He should be doing more for his community, not no Bitcoin Academy.”

“The only thing I could say he really did for us was the Christmas stuff. Every Christmas he would come around and he would give out free toys to the kids or like pocketbooks, perfumes and little MP3 players. That was good; the bitcoin ain’t,” she added on that the holiday giveaways haven’t happened in a while. “He stopped coming around, and then it was just his mother that was coming around for a long period of time. And now I don’t even know if they do it any more. This is where he rep he’s from and all that, but he don’t do nothing for us.”

Bitcoin Academy has faced additional criticism from tech commentators as they have accused the project of preying on financially vulnerable people. Some even compared predatory lenders targeting people of color with subprime loans in the 2008 housing crisis, reported the Guardian.

The Bitcoin Academy spokesperson had acknowledged uncertainty in the crypto market. However, they said it would not hinder the course at Marcy Houses and would be focused on financial education. The instructors, Wilson and Roberts, did not respond to requests for comment.

Gerald, a Brooklyn resident who has friends and family living at Marcy, runs a small charity that gives people bitcoin and said “financial literacy” wouldn’t solve Marcy’s “biggest issue, which is a lack of capital, a lack of resources, and a lack of funding for our communities”.

“Teaching someone about bitcoin that doesn’t even have $100 in their savings account is not helpful,” he said to Guardian via social media. “Then of all places to do it in Marcy Projects?! Those people are just trying to survive and see the next day.”

“The fact that it was on the floor like that. It honestly symbolizes how people feel about poor people in general. On the surface, it looks like folks want to help, but once you start peeling back the layers, you realize nobody really cares,” he added.

There has been a legal agreement in the case between Damon Dash and Roc A Fella Records that no one can individually sell the Jay-Z debut album, Reasonable Doubt, as an NFT.

According to reports, there has been a legal agreement between Roc-A-Fella and the former co-owner Damon Dash that only the label can sell the iconic 1996 album “Reasonable Doubt” by Jay-Z as an NFT.

Both sides agree that no one can individually sell the album since the label controls it.