As we deal with loss and inflation, navigating through the aftermath of mass shootings and overturned laws, the need for safe spaces has gone beyond just a necessity. 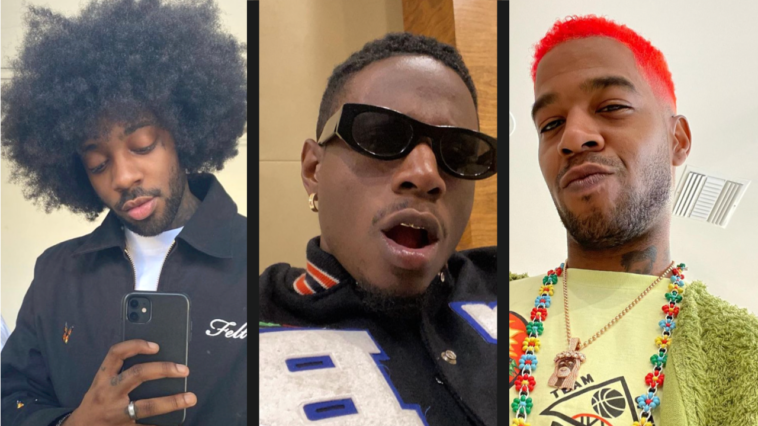 387 Views
Comments Off on Joey Bada$$ Has Survivor’s Guilt, Kid Cudi And The Moon, And Brent Faiyaz Drops Wasteland

Music is a safe space, and some of the songs in this list cover loss and dealing with surviving, dreaming, and retrospecting on one’s journey.

This week, we are sharing album drops by Brent Faiyaz, Kid Cudi, and singles by Joey Bada$$, Fivio Foreign, and Doechii.

Faiyaz’s album drop has been long-awaited.

Wasteland, his first album since 2017’s Sonder Son, is an eclectic mix and ode to R&B. It features the dreamy vocals of Alicia Keys, Drake’s soft delivery, and some of that Tre’Amani magic.

Have a listen and tell us which is your fave (or faves. You are allowed to love more than one).

Joey let himself be open here.

This is one of those songs where the artist finds the right words to express how they deal with loss when they are alone with their thoughts and even when they take over the stage and give us the best of themselves.

“Survivor’s Guilt,” set to a somber beat, is dedicated to the rapper’s cousin, Junior B, and his friend, Capital Steez, both of whom are dead.

Burna Boy’s Love Damini is his newest contribution to Afro-fusion.

The 14-track album is a heartfelt journey of wins and losses.

With collaborations with Ed Sheeran and other artists, this album never loses its foundational Afrobeat sense while accommodating new sounds.

Can you tell it’s a fan fave already?

In another life, Kid Cudi must have been an astronaut. He has a fascination with the moon. It probably accounts for his out-of-this-world talent.

TBWFTTM (Vol 1) is an 18-track compilation that starts with the catchy “Day ‘n’ Nite,” setting the tone for a hip, tap-your-feet-to-the-beat experience.

When he is not making music, Cudi is working on Entergalactic with Netflix.  Pun intended.

It is Fivio season. It is drill season. Enjoy this.

The hook is very catchy with straight barz.