Meek Mill is no longer part of Roc Nation management and says both parties agreed. 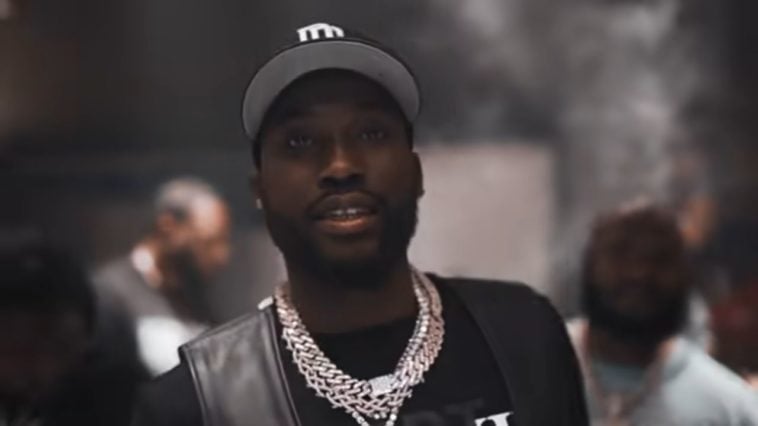 After signing a management deal with Roc Nation in 2012,  South Philly rapper Meek Mill announced their partnership has ended.

Meek took to Twitter to shed more light on the decision to move on from Roc Nation, saying the decision was mutual.

While many fans took the announcement as bad news, the “Going Bad” rapper expressed how moving on from Roc Nation will allow him to take more risks and grow his music career. However, it doesn’t stop the fact that Roc Nation is still his family.

“All I seen today was meek and roc part ways …I’m personally handling my own business so I can take risk and grow ..we came to that agreement together..I have a label deal with roc for my artist and I got reform super tied with them and many other investments wit jigga.”

In 2019, Meek linked up with Roc Nation on a venture partnership deal for his record label Dreamchasers, where the deal remains. He also partnered with Jay-Z to prohibit the use of rappers’ lyrics against them in court.

Meek has always been vocal about his beef throughout the music industry.

Earlier this year, he spilled the tea on his record label, Atlantic Records, blocking his money and a project with Compton rapper Roddy Ricch.

During his Twitter rant, the Philly rapper stated why he left the label and made it clear it should not be mixed up with him parting ways with Roc Nation.

Their relationship and partnerships are in good standing regardless of his decision.

“And roc nation is my family don’t mix my post aimed at Atlantic mixed up with roc or MMG” He wrote,

“they ain’t stop nothing I’m doing we made about a 100m together des mike and Hov saved my life b4 And put a lot of energy into it I’m not behind on my favors in life wit my people I’m good.”

To close out his Twitter rant Meek Mill went on to let fans know no matter how hard his label tried to stop his bag; he will continue to prevail in his music career in hopes that one of his friends sponsors the next project he wrote:

“I been signed to Atlantic/MMG since 2014 it used to be Warner  only made 11m on records out of like a 100m.. I only could drop every 9 months something a lawyer never explained to me and they removed me from all festivals also

“Luckily I built my money and resources up they woulda starved me out…. Ima make that 11 million dollars one project   … shit might be sponsored by a bank or one of my friends! Let’s see what happens lol”

Fans are ready to see what Meek has in store.