Moneybagg Yo just dropped the tracklist to the new version of “A Gangsta’s Pain”. The features on the new version go absolutely crazy with some heavy hitters in the rap game. 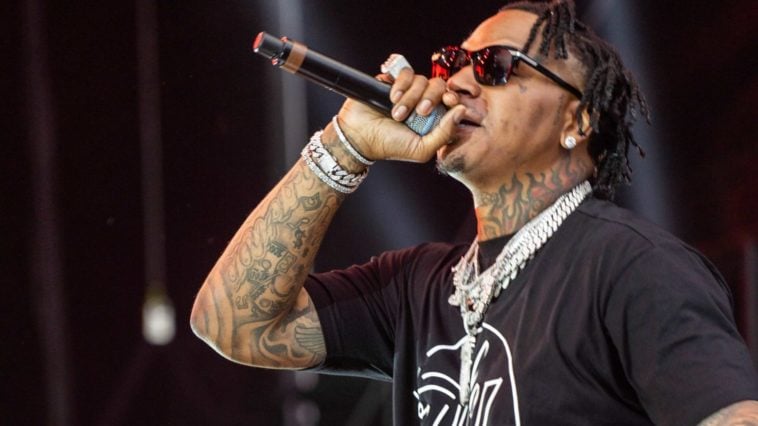 169 Views
Comments Off on Moneybagg Yo Reloads A Gangsta’s Pain — This Time w/Lil Wayne, Lil Durk, and More

MoneyBagg is Dropping An Updated Album

“7 songs All Slam Sum Sh*t I Just Had Laying Around” he said in the caption.

A Gangsta’s Pain dropped earlier this year in April and quickly became MoneyBagg Yo’s first No. 1 record. The 22-track project included appearances from Polo G, Kaash Paige, Future, Jhene Aiko, Pharell Williams, and Big 30.  Singles like “Wockesha” are still on heavy rotation. Moneybagg recruited Ashanti and Lil Wayne to get on the remix of the summer hit.

The official reloaded version of the album drops this Friday.

Recently Moneybagg revealed how much he charges for a feature.  Moneybagg shared an old conversation from one of his team members that revealed a feature was just $750. Now though, a guest verse from the “Time Today” star will run you $100,000 and not a penny less.