This past Tuesday, NBA YoungBoy appeared in a Los Angeles federal courtroom to start one of the two felony gun possession trials he was charged with. Fortunately, the Louisiana-born rapper experienced a small victory as the judge ruled to exclude the use of his rap lyrics as evidence. 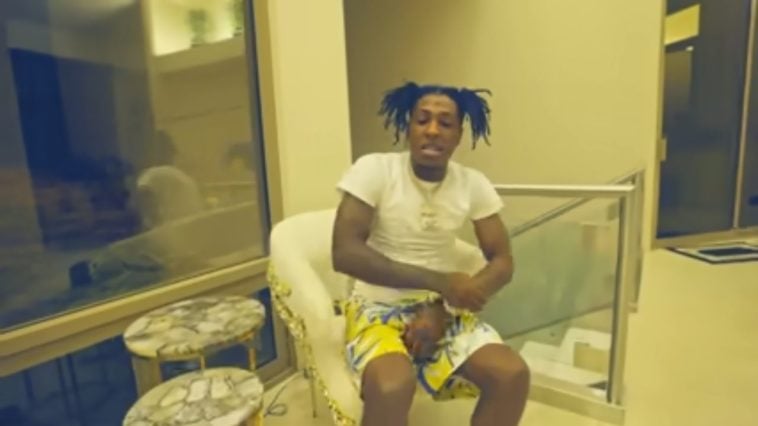 YoungBoy and his defense team successfully blocked the request and argued that the lyrics were irrelevant and could interfere with the rapper’s right to a fair trial, as reported by Rolling Stone.

“These lyrics are highly prejudicial as they discuss hardcore rap which has been empirically established to be more negatively received than other genres of music. It would be one thing if the music described this arrest. But a song referencing a similar gun well before the gun in the indictment was purchased and another song referencing a jeweler whose relationship with Mr. Gaulden is not in dispute offer very minimal probative value and are substantially outweighed by the prejudice contained within the words of the songs.”

“Even if Mr. Gaulden is familiar with various models of guns and sings about them, it does not mean that he knew this particular gun was secreted on the passenger floor of the Maybach when police attempted to pull his car over to arrest him.”

The referred Louisiana case involves disputed allegations that Gaulden jointly possessed two guns when he was arrested with 16 other Black men in Baton Rouge on September 28, 2020.

According to reports, when the FBI secured an indictment, agents began surveilling Gaulden in Los Angeles and coordinated with LAPD to pull over his Mercedes Maybach on March 22, 2021, to enact a felony arrest warrant.

Gaulden’s defense claimed that the rapper, unaware of the warrant, fled the traffic stop after one of the LAPD officers unholstered his weapon.

Prosecutors said an FN .45 caliber pistol was found on the backseat floorboard of the Maybach, $700,000 worth of jewelry from Shyne Jewelers in Philadelphia, and $25,000 cash.

Gaulden’s defense claimed the gun was hidden underneath the seat by someone else, and Gaulden himself was unaware it was there.

In his opening statement on Tuesday, Manasseh said:

The trial in Los Angeles federal court is expected to last four days.

Behind The Lyrics That Nabbed Young Thug, Gunna & YSLv

Perhaps, Thugger and Gunna could use the help of YoungBoy’s legal team.

Considering that the 88-page RICO indictment contains song lyrics that are being used to prosecute them and dozens of alleged associates.